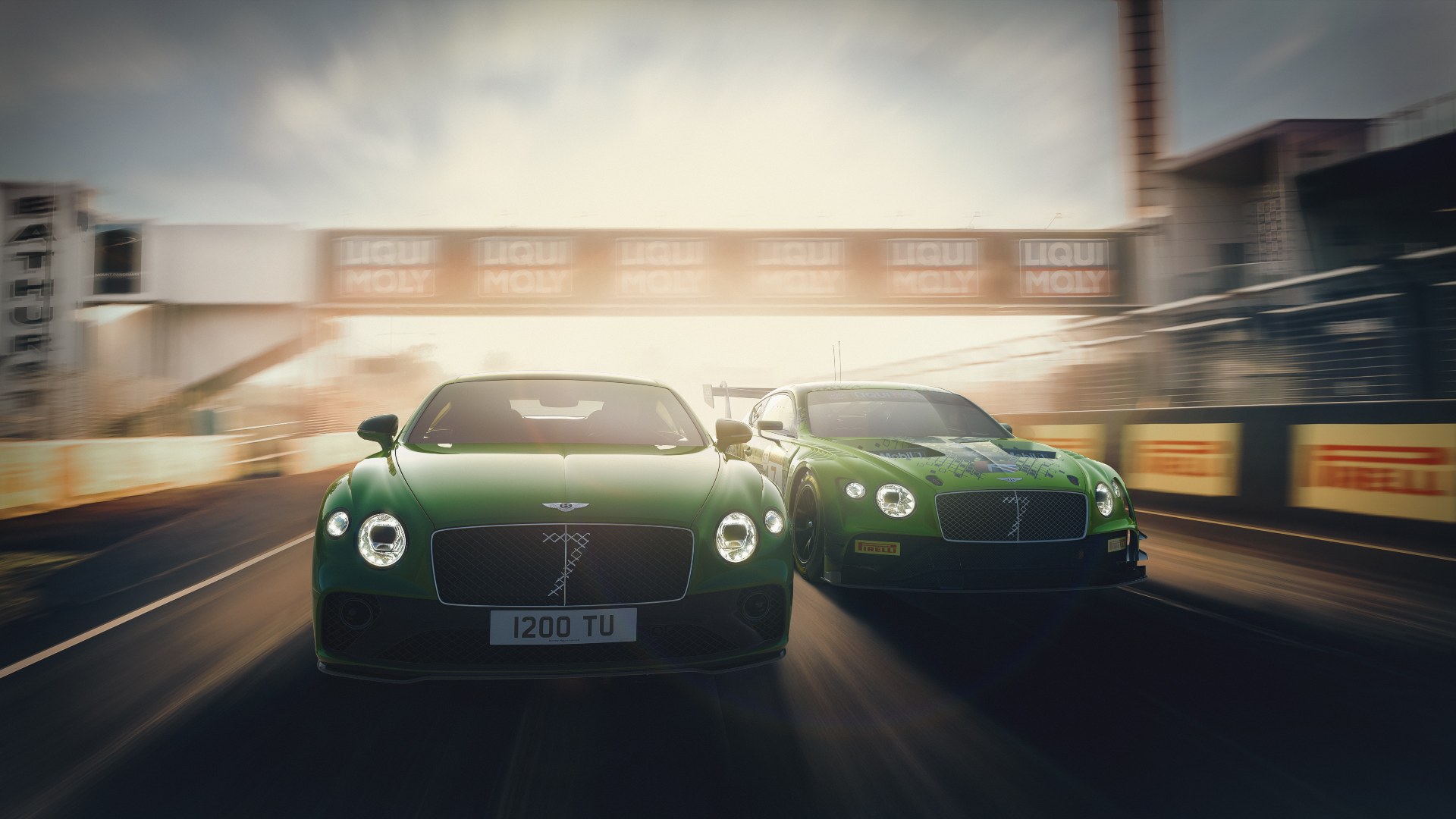 Mulliner and Bentley Sydney have created a pair of special Bentleys inspired by the gruelling Bathurst 12 Hour, where Bentley was victorious in 2020 with its Continental GT3 racer.

The recent launch in Australia of the new Continental GT S provided the perfect opportunity to celebrate V8-powered performance, with the special edition paying tribute to the road car’s racing sibling, the Continental GT3.

Focused on driving performance and visual presence, the Continental GT S shares a number of characteristics with its track based counterpart, thereby providing the perfect foundation for the pair of specially-commissioned road cars.

The two cars in the pair both have individual specifications.

The first car takes inspiration from the livery of the winning race car, with an exterior is bright Apple Green, contrasted by a Beluga black roof, wing mirrors, lower bumper and rear boot silhouette.

The unique front visual also includes a number seven painted on the grille matrix, as per the racer.

The contemporary performance theme continues with the inclusion of the Blackline Specification – replacing all exterior bright chromework with polished black versions - and the Styling Specification (front splitter, side skirts and rear diffuser in carbon fibre) providing a more aggressive visual stance.

The cabin is far more luxurious than the race car counterpart whilst offering a performance feel. Using a mixture of Leather and Dinamica in Beluga with Apple Green accents via micro-piping and contrast stitch, the interior complements the exterior perfectly.

‘BATHURST’ has been stitched into the headrests and ‘One of Two’ can be seen on the treadplates.

A unique metal overlay depicting the track has been included in the carbon fibre technical finish fascias on the passenger side, and the names of the victorious drivers together with the winning number seven can be found on the centre console.

"They 'brought the thunder' to the Mountain and their 2020 victory remains one of the most popular in the history of the race, creating iconic scenes that will long be replayed.

"We are proud to help Bentley celebrate that famous result with this pair of incredibly special and unique Continental GT S vehicles, much like the pair of Continental GT3 entries that were so impressive on the Mountain for many memorable years."

The second car is painted in Silver Tempest to reflect the introduction of the second-generation Continental GT3 that was launched in late 2017 and started competing in 2018. 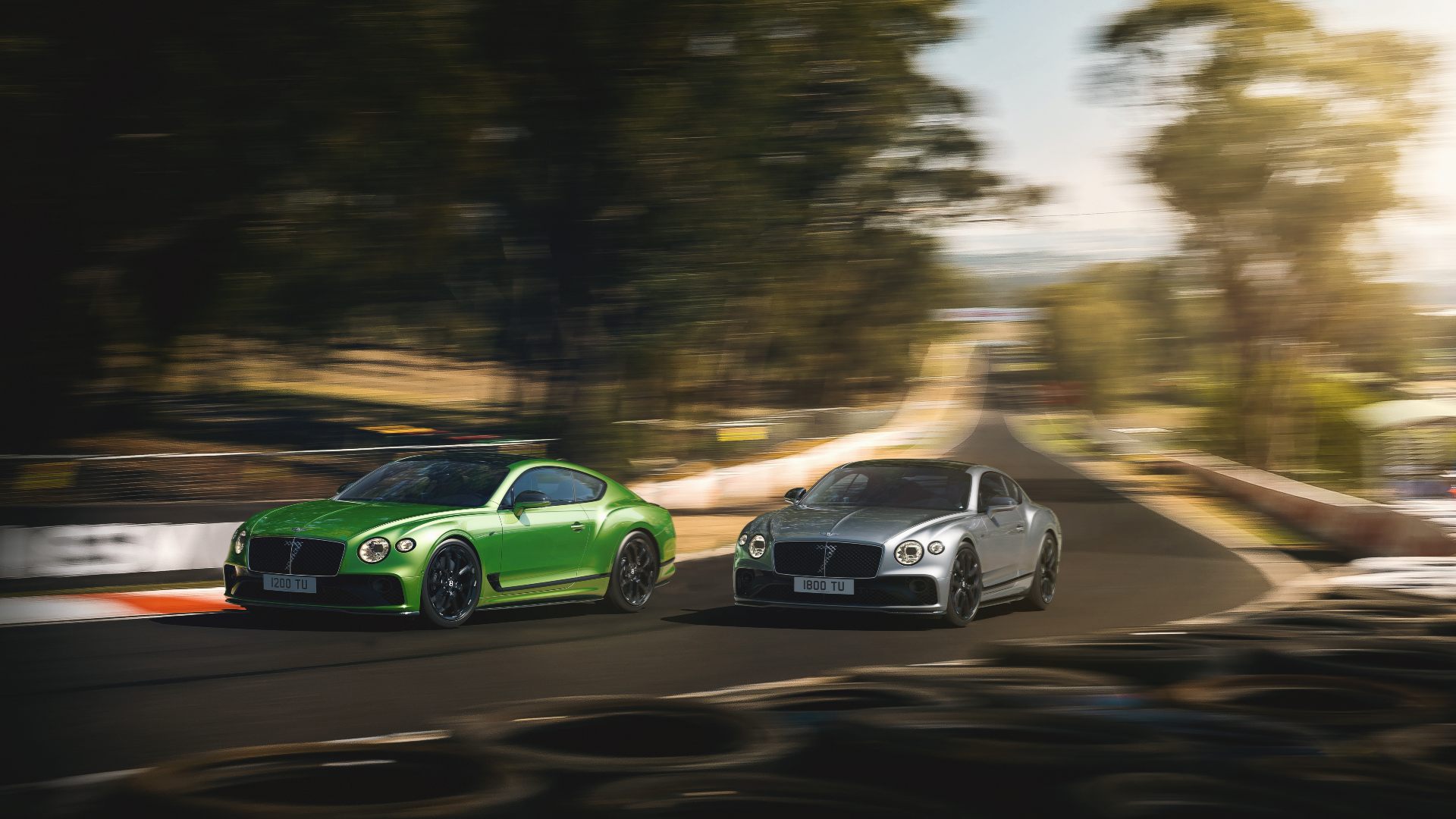 Car number two mirrors the first, with black chrome and the carbon fibre Styling Specification to the exterior and a bespoke cabin. Each car will be supplied with a commemorative framed artefact and a 1:18 scale model of the winning car.

The Mulliner team celebrated in 2022 a new milestone in personal commissions, after creating 500 unique Mulliner Bentley projects for customers around the world in just 12 calendar months.

The team’s portfolio includes coachbuilt cars such as the Batur, heritage limited editions including the Blower, and a wide variety of stunning and unique customer projects where imagination is the only limitation.

The new S range retains the 542 bhp (550 PS) and 770 Nm 4.0-litre V8 engine that’s proved incredibly popular with customers around the world, delivering a time of just 4.0 seconds for 0-62 mph (100 km/h). For the GT and GTC S, the engine is enhanced by the fitment as standard of a Sports Exhaust to amplify the crossplane V8 beat.

By generating up 1300 Nm in 0.3 seconds, motors within the anti-roll bars actively compensate for cornering forces to minimise body roll under hard cornering, while also improving ride comfort at cruising speeds by decoupling the left- and right-hand wheels from each other. 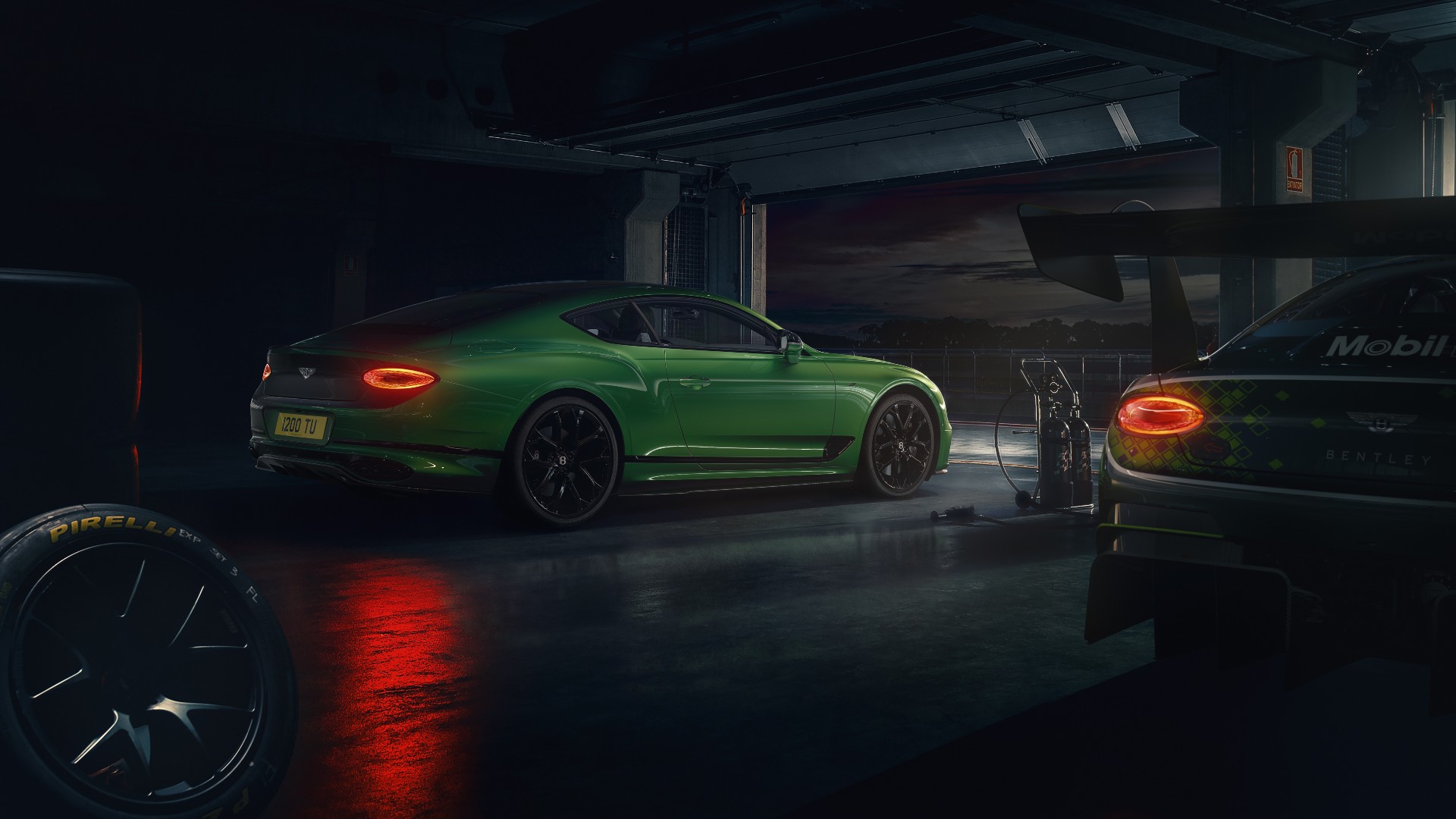 From Road to Track

It used a mostly aluminium structure to deliver a much lighter, race-ready weight of less than 1300 kg together with improved weight distribution – ideal for racing.

The engine was a new development of the race-proven 4.0-litre Bentley twin-turbo V8, with a redesigned dry sump system and all-new intake and exhaust systems.

Unrestricted power was in excess of 550 bhp and fuel consumption was improved. Despite reduced exhaust noise the sound was still unmistakably Bentley, and characteristically thunderous.

Exterior aerodynamic surfaces, based on the sleekly refined lines of the latest generation road car provide additional downforce. New suspension and braking systems were also bespoke to the GT3 car. 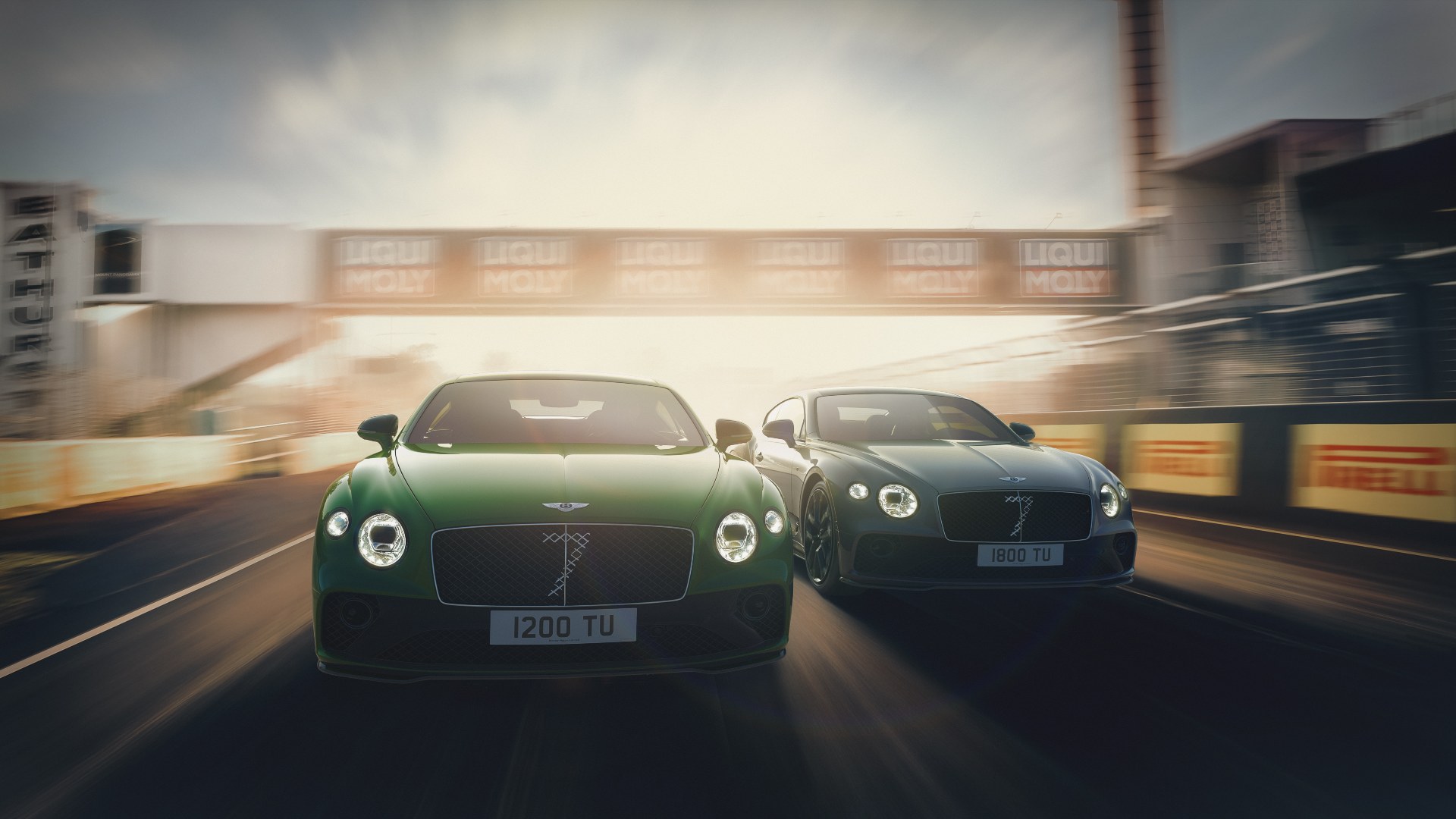 The Continental GT has demonstrated its extraordinary breadth of ability on the road and on the track, particularly by taking overall victory in Continental GT3 form at the Bathurst 12 Hour in 2020.

The #7 Continental GT3 of Maxime Soulet (BEL), Jordan Pepper (ZAR) and Jules Gounon (FRA) dominated the opening round of the 2020 Intercontinental GT Challenge that year, sweeping to victory after starting P11.

The car moved quickly through the order into podium contention. World-class stints from Soulet, Pepper and Gounon, and strong strategy and pit stops from the team, moved the team into P1 for a total time of seven hours – with the car running flawlessly.

A superb reactionary pit-stop just over an hour from the end to deal with a puncture was the final act from the team to set the car up for victory.

Rain loomed while ambient temperatures exceeded 40°C, but after the half-day sprint the #7 Continental GT3 crossed the line as the winner of the Bathurst 12 Hour.

As they took the chequered flag, the crew also set a new race distance record of 314 laps - before the heavens opened and the team rejoiced in the rain.