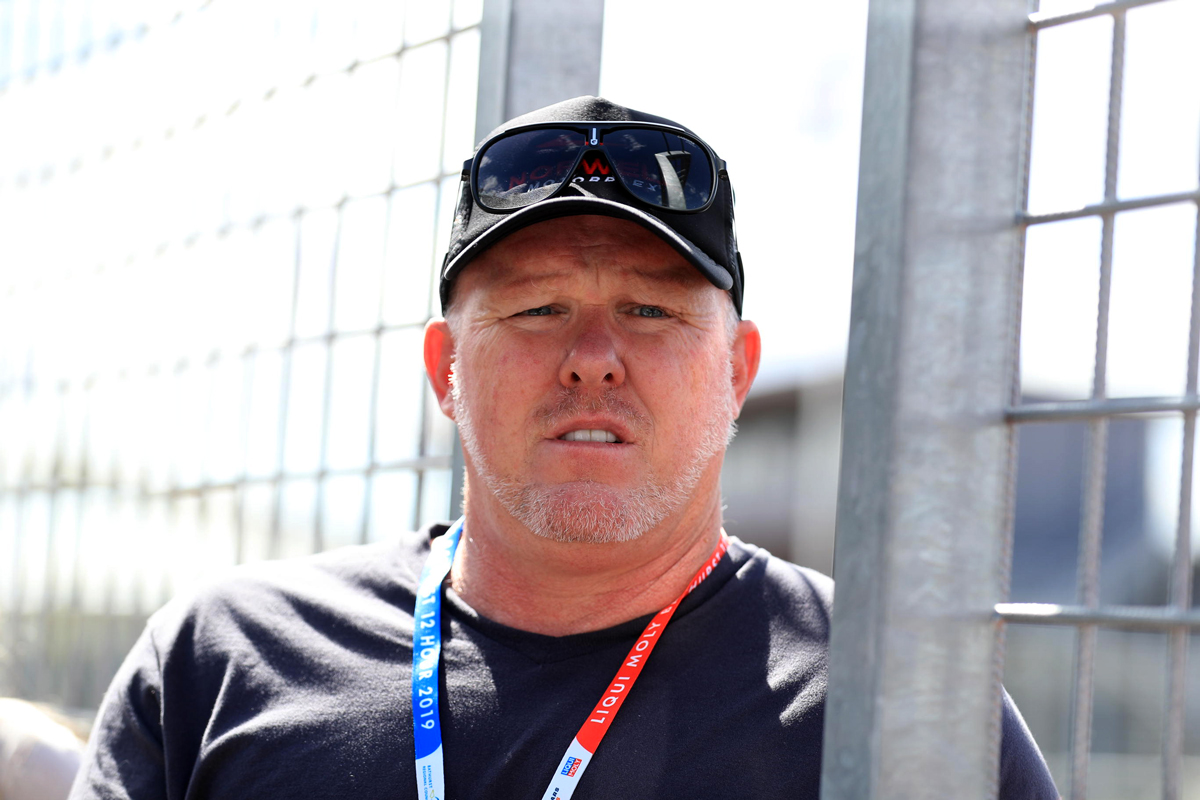 Indycar champion Paul Tracy has declared Mount Panorama as ‘one of the hardest tracks in the world to learn’ ahead of his maiden appearance in the Bathurst 12 Hour.

The 50-year-old Canadian has done little racing since a 21-year Indycar career, which included the 2003 Champ Car title, came to an end in ‘11.

Now a broadcaster for the American series, Tracy was a late call-up to MARC Car’s 12 Hour line-up, put onto the team by Australian colleague Leigh Diffey to replace the injured Borris Said.

Driver meet and greet in town

Although not in an outright-contending car, Tracy says he’s worked hard to prepare for the event in the short time available, and compares the circuit to California’s legendary Laguna Seca layout.

“This is a huge race,” Tracy told Supercars.com at the Town to Track activation in Bathurst on Thursday ahead of Friday’s opening practice.

“Internationally it’s a massive race and it’s one of those tracks that, as a driver’s track, rates right up there with the best in the world.

“It’s probably one of the toughest in the world to conquer, so it’s one of those that’s on the bucket list of any race driver to do and I’m excited to get the opportunity.

“The last three weeks I’ve been training a lot in the gym, watching YouTube and in-car vision, doing simulators, all of that.

“It’s definitely one of the hardest tracks in the world to learn because there are so many blind corners and off-camber corners, it’s all walls like a street course.

“To me, it’s like Laguna Seca on steroids. It’s very similar when you get to the top and do the Corkscrew, but there’s four of them!

“That makes it four times as hard, and then you put the walls at the edge of the track and there’s no room for error at all, it’s very tough.”

Had to ask some driving tips for Bathurst from @chazmozzie

Tracy carved a reputation as an aggressive, outspoken racer in the golden era of the CART World Series in the 1990s.

He drove for the likes of Team Penske, Newman/Haas, Team Green and Forsythe Racing, with which he finally broke through for the title in 2003.

Tracy says Dan Wheldon’s death in a horrific multi-car accident at the 2011 IndyCar season-finale on the Las Vegas oval played a big part in parking his own driving career.

“I did some Trans-Am races last year, but other than that I’ve really driven nothing since Dan Wheldon died,” he said.

“That day, I was involved in that accident and saw a lot of things that I didn’t want to see in my career and kind of had a bad taste in my mouth from that.

“I didn’t really decide to retire, but I was kind of fed up with what I’d seen and what we were doing.

“I wasn’t driving competitive cars at that point, so I was back in the field and running in packs that were very dangerous.

“So I just decided I didn’t want to do it anymore, and then the TV (commentary) deal came along and it’s been a lot of fun doing that.

“There were certainly times when I missed driving a lot, but as time went on the desire to drive went away and then last summer, it was just by chance that I was asked about the Trans-Am.

“That gave me the itch again and now I’ve got the opportunity to do this, so we’ll see how it goes [in terms of future racing].

“But my TV deal pays pretty well. It’s a lot more than what a lot of race drivers get paid, so I know where my bread is buttered.”