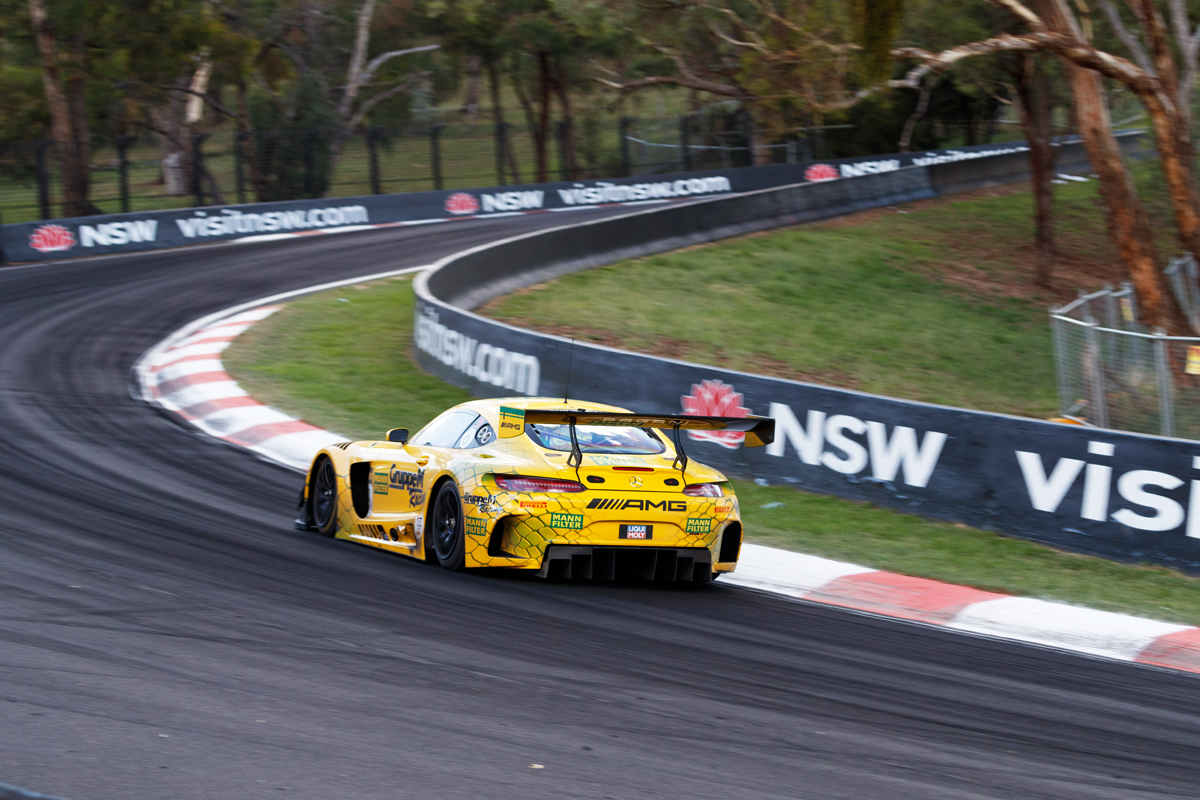 The Liqui-Moly Bathurst 12 Hour is set to go ahead as planned as event organisers monitor the bushfire situation in New South Wales.

The endurance race, featuring leading GT cars and drivers from around the world, will be held across January 31 to February 2 at the iconic Mount Panorama circuit.

Organisers moved to assure the status of the event, as catastrophic bushfires continue to burn in the state – the cause of the cancellation of November’s Rally Australia.

There is currently no impact on the 12 Hour, with roads open between Sydney and Bathurst.

A statement also revealed a “coordinated fundraising effort” to help those affected will be announced in due course.

Liqui-Moly Bathurst 12 Hour organisers can confirm that there is presently no impact on the event from the catastrophic New South Wales bushfires.

As such, Australia’s International Endurance race will continue as planned on January 30-February 2 this year.

At present there are no restrictions in accessing the Bathurst region from Sydney.

The event is monitoring the situation daily and is working with the New South Wales Rural Fire Service, NSW Government and Bathurst Regional Council in order to remain apprised of current conditions.

Any changes to the present situation will be communicated to key stakeholders, competitors, ticketholders and fans should the need arise.

Liqui-Moly Bathurst 12 Hour organisers join the broader community in expressing our deepest sympathies to those impacted by the bushfires throughout December and early January.

A significant number of our international entrants have reached out from afar enquiring about ways to support those impacted by the bushfires.

The event is working closely with our charitable partner and key stakeholders on a coordinated fundraising effort, with further details to be announced in due course.

16/05/2019
Related Content
Champion’s bushfire help pledge  ›
06/01/2020
Stay In The Know
Sign up to the Virgin Australia Supercars Championship Newsletter
We use cookies to ensure that we give you the best experience on our website. If you continue to use this site we will assume that you are happy with it.Ok