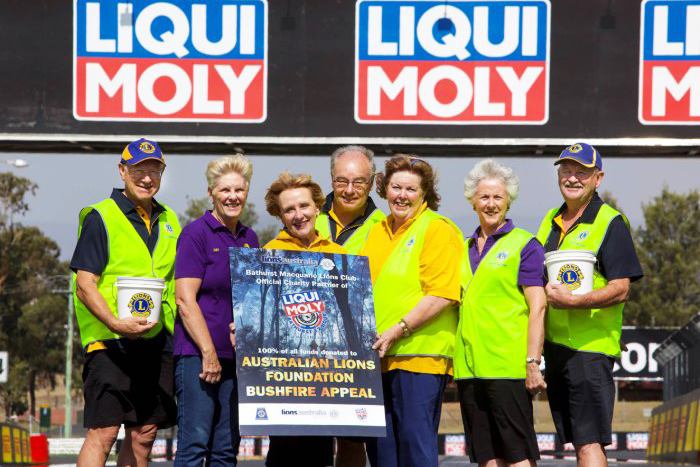 The Liqui-Moly Bathurst 12 Hour has announced a coordinated response to the catastrophic bushfires burning across Australia since November.

Funds will be raised in several ways before, during and after the January 31 to February 2 event this year.

All proceeds will be donated to the Australian Lions Club Foundation National Bushfire appeal, with funds to be distributed to bushfire-affected communities and wildlife.

Household items such as water tanks, whitegoods, furniture, linen and shopping vouchers will be supplied.

The direct link to donate can be found on a dedicated page on the Bathurst 12 Hour website, or here.

Significant interest has been received from both local and overseas teams in raising funds.

Teams are encouraged to either donate to the cause directly, or alternatively pledge a set amount per lap completed during the race – with a running tally to be compiled throughout the event.

Several entrants have expressed a desire to auction items, with the event to work with those teams or drivers to ensure funds raised are donated to the same cause.

A portal on the Bathurst 12 Hour website will track all donations, pledges or ongoing options to allow fans to follow online.

“We’ve worked closely with our official charity, the Lions Club, to offer several opportunities to raise funds that will go directly and in full to their bushfire relief efforts,” said event director Kurt Sakzewski.

“Our teams have been very keen to embrace the remarkable fundraising efforts that we have already seen and we know many of them will work extremely hard to raise funds to support those who have been affected by the catastrophic bushfires.

“We’ll compile the efforts of all involved to make it easy for fans to follow and get involved.”

As the official charity of the event, the Lions Club will also be on-site taking donations from fans.

Lions prides itself on donating 100 percent of public donated funds to the cause, without any overheads as Lions is purely an organisation of dedicated volunteers.

As well as raising funds for the Lions Club Foundation, the Bathurst 12 Hour will support the tireless efforts of the New South Wales Rural Fire Service throughout the event.

Each car in the race will sport the RFS logo, while all RFS volunteers who wish to attend the event will receive a double pass for free.

“We’re also proud to support the remarkable volunteers from the RFS who have committed so much for so long,” Sakzewski added.

“We’re happy to offer them, and their families, free entry to the event and give them a break and say thanks for their efforts.”

The event is also working with the New South Wales Government to assist in activating their regional travel promotional efforts.

14/01/2020
Stay In The Know
Sign up to the Virgin Australia Supercars Championship Newsletter
We use cookies to ensure that we give you the best experience on our website. If you continue to use this site we will assume that you are happy with it.Ok