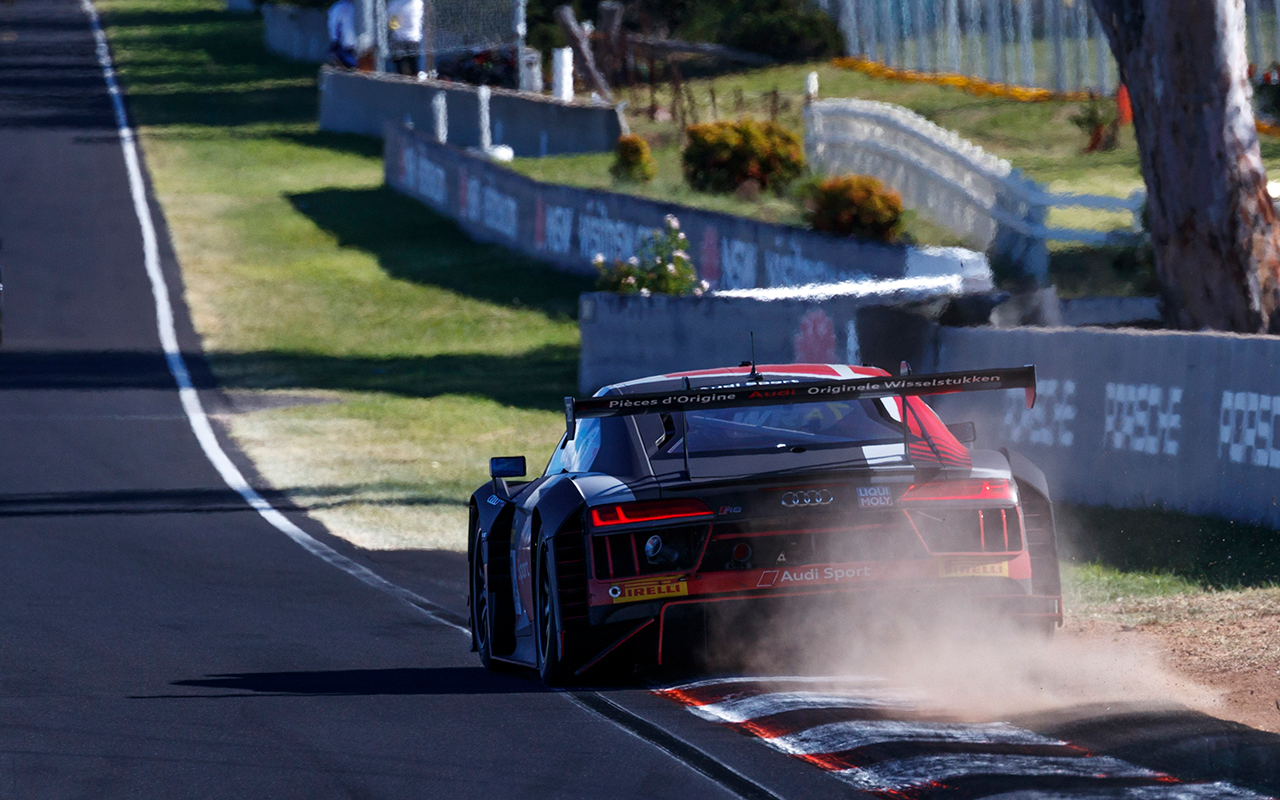 On the same day Triple Eight announced its assault on the 2019 Bathurst 12 Hour, German Christopher Mies has smashed the Mount Panorama track record in an Audi GT3.

Because Challenge Bathurst is a CAMS Speed event and an official Supersprint competition, the time counts as a new outright lap record for Mount Panorama.

The Audi driven by Mies is among a fleet of R8s expected to enter the 12 Hour, although is not subject to Balance of Performance ballast and air restrictors while running at Challenge Bathurst.

Mies has been sharing the driving at Challenge Bathurst with Supercars ace and Audi 12 Hour regular Garth Tander, who the German said sacrificed his own running for the lap.

1:59:30 min - new track record @Bathurst12hour ? I dreamed about this for years. Being on my favorite track in a GT3 car with no restrictions and no weight ? this shows you how fast these GT cars can be ? thank you @audisport team MPC for fulfilling my dream ? 1/2

2/2
Also big thanks to @GarthTander for sacrificing your sessions before to prepare my run! My heart rate didn’t go below 160 in this lap, I’m still shaking writing this ?? @Bathurst12hour @audisport

Audi won the race in 2018 with its factory-backed Team WRT entry, pictured above, while Mies tasted success at Bathurst aboard R8s in 2011 and '12.

As revealed today, van Gisbergen will join Supercars team-mates Jamie Whincup and Craig Lowndes in a Triple Eight-supported Mercedes assault on the 2019 event.