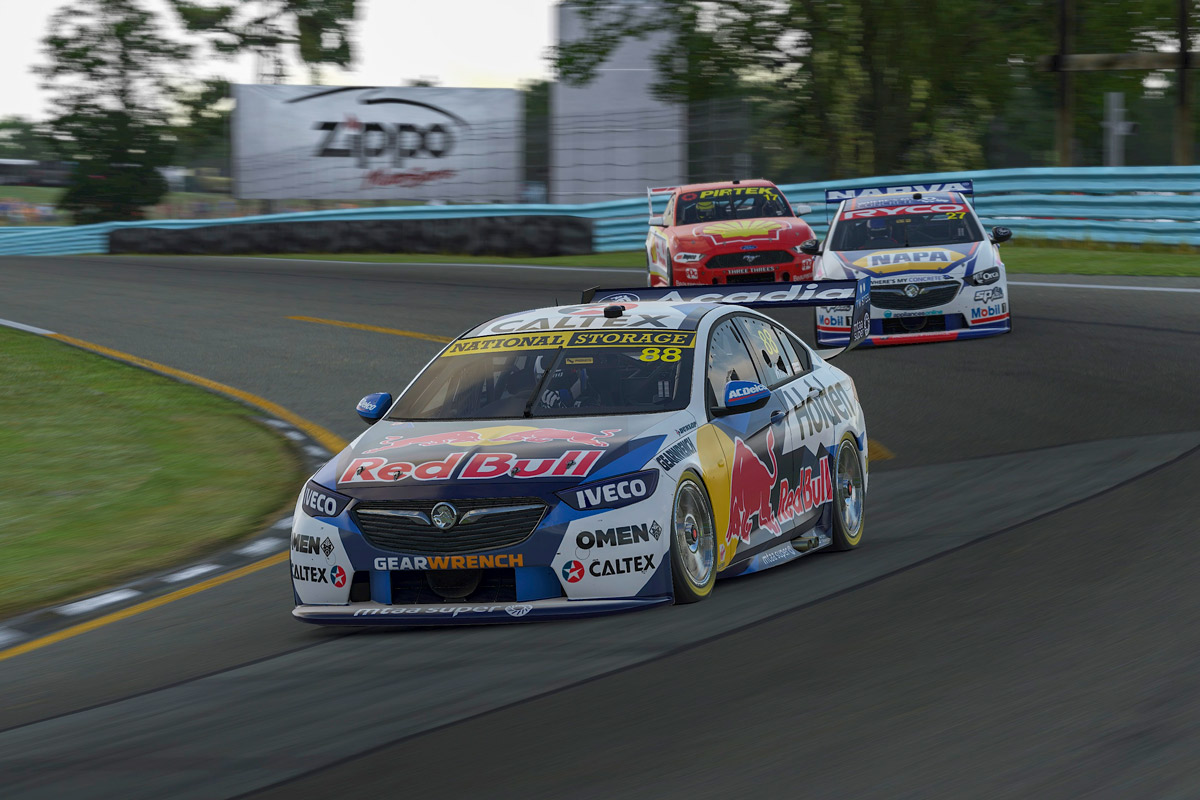 Jamie Whincup looked as surprised as anyone to cross the line first in the Watkins Glen finale as part of Round 4 of the BP Supercars All Stars Eseries.

The seven-time Supercars champion had endured a terrible run through the opening three rounds of the iRacing category, regularly qualifying and racing at the back of the pack.

It came as he attempted to get a handle on the unfamiliar world of online racing, including putting his own simulator together.

Whincup was caught up in more incidents through the North American-based fourth round until shining in the Watkins Glen reverse grid encounter.

The 37-year-old sliced his past the stricken cars of Will Davison and Chris Pither to take the lead on the opening lap and he would convert from there.

That came despite pressure in the opening stint from teen wildcard Angelo Mouzouris, who drives for Triple Eight in their Dunlop Super2 Series program.

Mouzouris was spun by Scott Pye shortly after his pitstop, whereas Whincup – who pitted a lap earlier – retained the effective lead.

He hung on ahead of 2016 Indy 500 winner Alexander Rossi to seal his first Eseries victory, though not even that could catapult him higher than 20th in the championship.

“I could see at the front a few cars crashed and I made up a spot and went ‘gee I’m actually leading here but there’s plenty of people about to come through’ and I just kept pushing on and had some clean laps,” Whincup said.

“We got the pitstop right, didn’t make any mistakes, and I was quite surprised to finish first.” 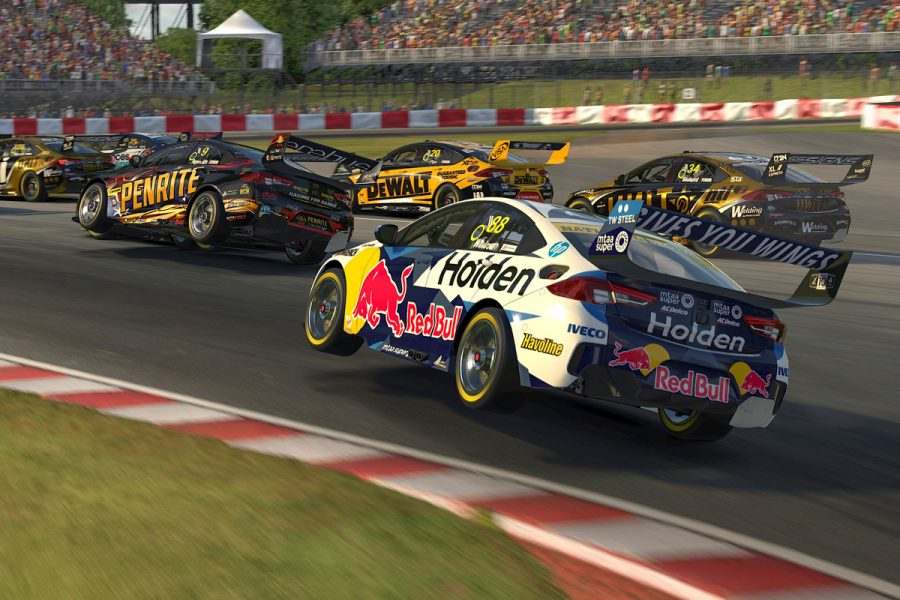 He added of his drastic improvement: “I felt like I got much better doing some laps but then I sort of realised that there’s so much in the calibration and setting up the pedals and the steering so it does what you want it to do as a driver.

“So I made some inroads on that and that was probably why I was a little bit more competitive.

“I’ve still got to get my brake bias set up working good and there’s still a lot more driving to do; there’s guys doing up to eight or nine hours a day cutting laps.”

Don’t expect the #88 driver to follow suit on that workload, however, as he juggles other exploits including running his café/car wash business on the Gold Coast as well as his position on the Supercars Commission.

“I’m never going to have as much time as some of the other guys out there who have less hectic lives outside of racing cars,” he said.

“I’m investing five hours a week or so into getting on the simulator and driving and learning the track and having a look at some information and just trying to get better and recalibrate it.

“I’m happy to be a mid-pack runner to be honest.

“I’m happy to grab a race here or there where I have a good result but I’m not going to be consistently in the top five like my teammate [Shane van Gisbergen].”