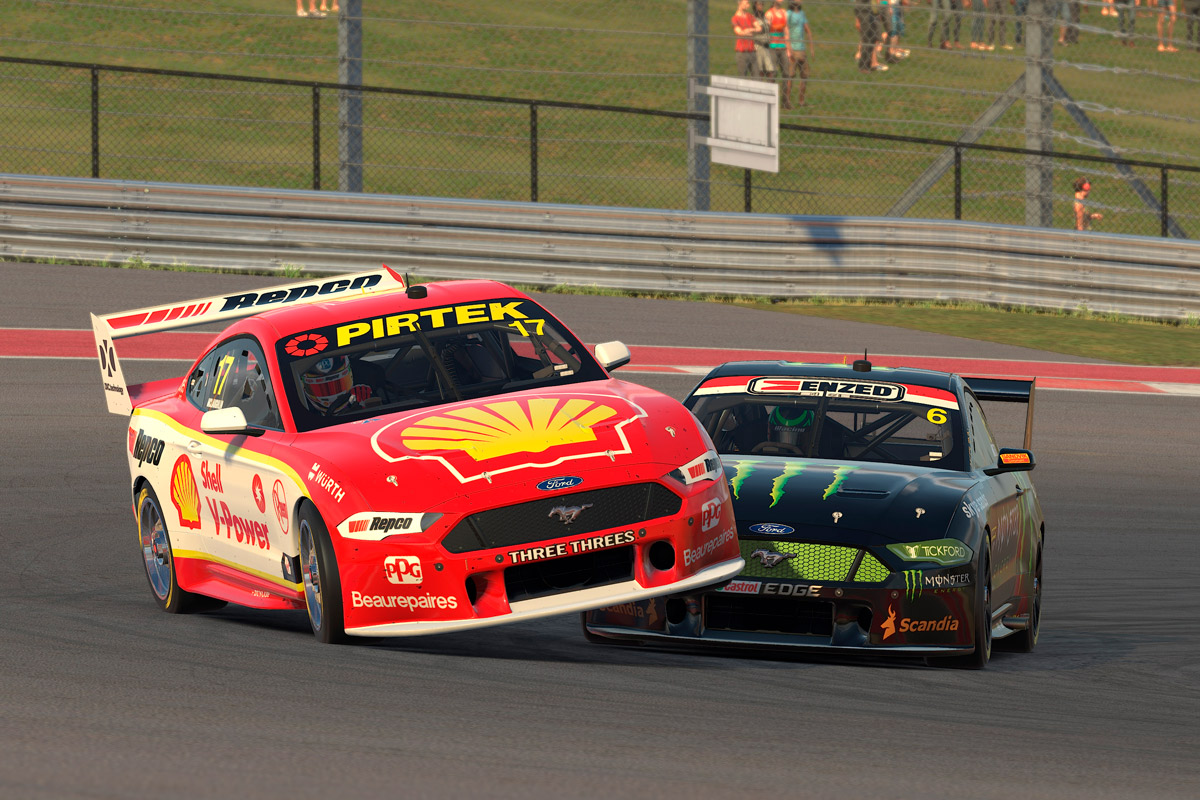 Cameron Waters is adamant he was not in the wrong in his late-race collision with Scott McLaughlin during the third and final BP Supercars All Stars Eseries race at Texas last night.

WATCH: ESERIES ROUND 6 HIGHLIGHTS FROM COTA

Affected by lap one contact, McLaughlin delivered a fine recovery drive to be attacking Waters for third position entering Turn 1 in the last stint.

McLaughlin sent his Shell V-Power Racing Mustang around the outside before the pair – who entered the night one and two in the standings – made contact.

That prevented Waters from making a dent into the Kiwi’s series lead; he sits 83 points behind, with Shane van Gisbergen now splitting the Fords.

Waters, who had been spun by Lando Norris in the opening race before finishing on the podium for the reverse grid heat, was bemused by the decision.

“The last race was going well until Scotty tried to outbrake me around the outside after my pit stop,” he said.

“I went deep but Scotty turned in, I felt like I got it stopped and he spun himself, but I ended up with a penalty from the stewards.

“I had to redress the spot on the last lap which I don’t agree with, but it is what it is.

“Decent points tonight and we’ll move on to next week.” 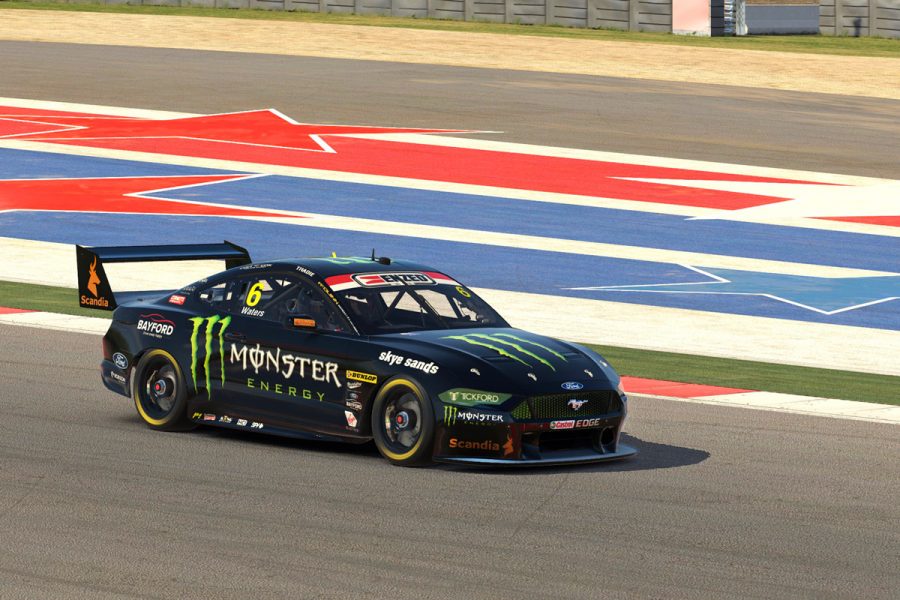 The redress also caught out Will Davison, who subsequently lost out in his battle for fifth with McLaughlin’s wildcard teammate Will Power.

“Was on for fifth in the last race but I got a silly slow down penalty on the last lap,” Davison said.

“Scott slowed up while Cam was trying to redress with him and we all bunched up.

“I was a bit annoyed to have to let Will Power past, but I had improved race speed this week and I had some fun.”

It was an overall solid night for Tickford Racing, with Davison, Lee Holdsworth and Jack Le Brocq all finishing the three races inside the top 12 in the 31-car field.

“That has to be all up our best round thus far,” said Tickford team principal Tim Edwards.

“All four cars were in the top 12 the last two races, and if Cam hadn’t been punted off in Race 1 we would have done it in all three.

“Cam’s been up the front since the start but it shows how much Lee, Jack and Will have improved in recent weeks, which is really encouraging.

“It’s a very good start to the second half of the Eseries and hopefully a sign of more good things to come.”

Round 7 will take place next week at Charlotte and Daytona’s roval.