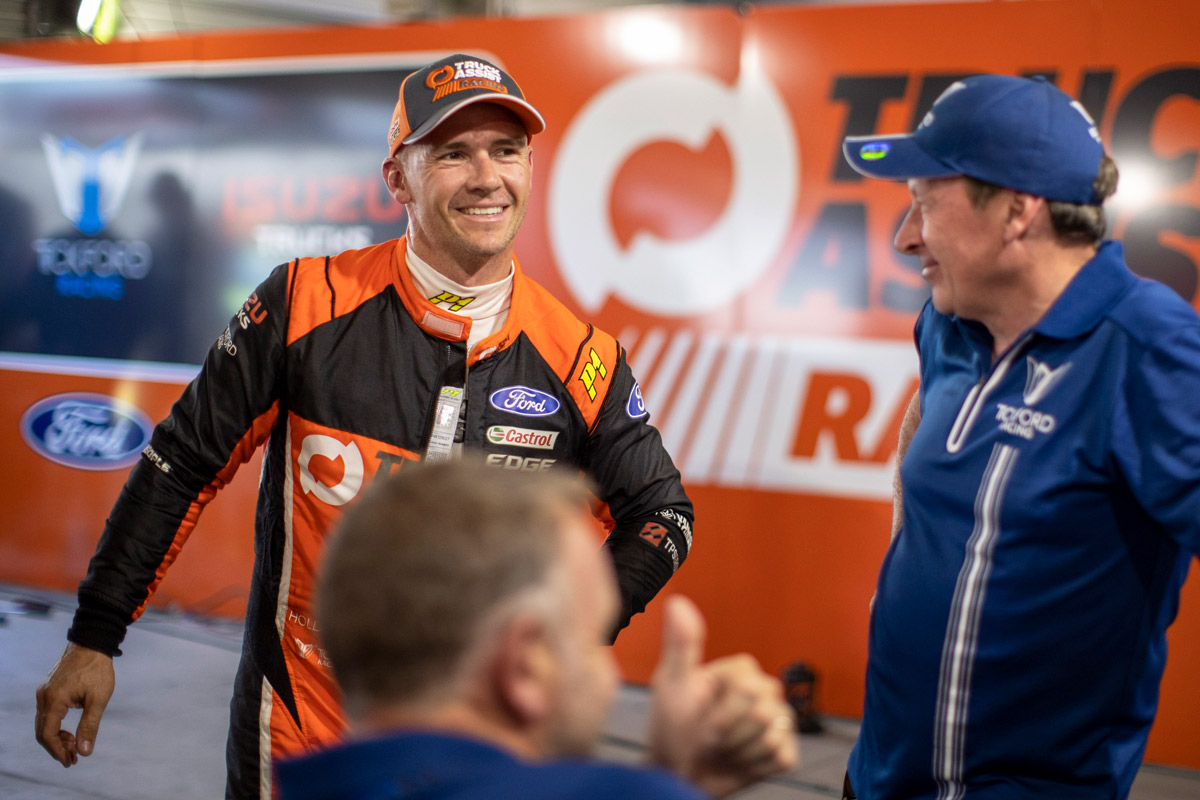 Veteran drivers Lee Holdsworth and Rick Kelly have hailed progress they’ve made in the online racing world after solid displays in Round 5 of the BP Supercars All Stars Eseries.

WATCH: WILL DAVISON OFFERS A TOUR OF HIS SIMULATOR

Kelly in particular made no secret of his pre-Eseries simulator inexperience, piecing together his own makeshift machinery for the competition.

The #15 Castrol Racing Mustang had primarily made highlights reels for shunts including being spectacularly flung airborne in the season-opener at Phillip Island.

Kelly has gradually got to grips with the iRacing platform though and feels Spa last night was a strong step forward, rising from 26th on the grid to finish the opening race in 13th.

“Even though the results don’t reflect it, I feel like we actually made a pretty big improvement this week and unlocked some pace and enjoyed Spa,” said the 2006 champion.

“I got some pointers during the week from André [Heimgartner, teammate] and it really paid off.

“In the first race while I didn’t do well in qualifying, I was able to have a pretty good race and had the speed to run in the midfield which I was happy with as I haven’t been able to do that in previous weeks.

“Unfortunately from there it went downhill, in race two I made some pretty big errors in the pit stop, I got done for speeding in pit lane then I stuffed up the refuel numbers and put 110L of fuel in the car so I was stationary for about 40 seconds!” 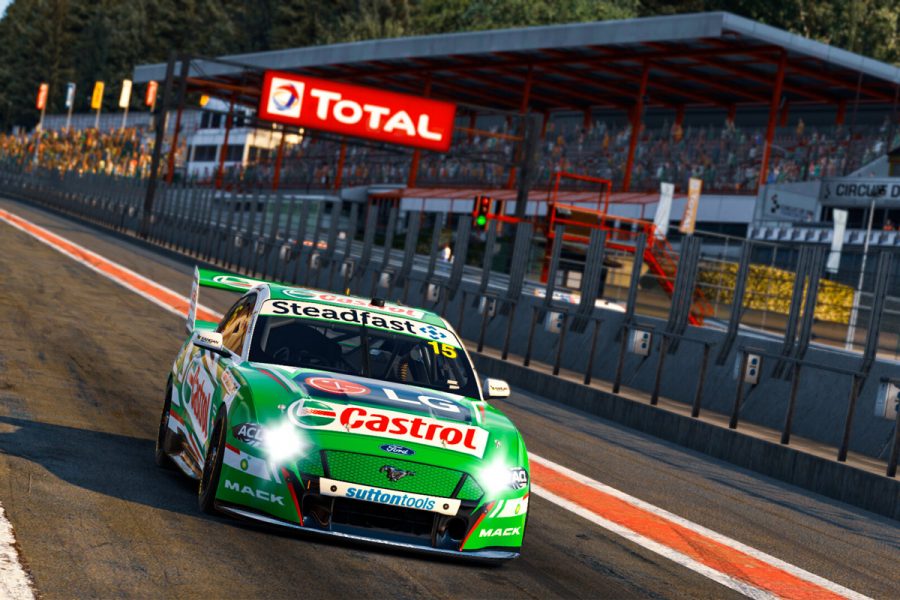 Tickford Racing driver Holdsworth, who like Kelly is 37 years of age, has more often run in the midfield and enjoyed a consistent night at Spa.

With his former co-driver Thomas Randle acting as spotter, Holdsworth placed eighth, 11th and eighth in the three races.

“I actually enjoyed Spa the most of any event so far,” he said.

“I’ve been getting better each week… I’ll give Dream Simulation a bit of a plug, it was wicked to be in there and also to have Tom spot me.

“I had a really enjoyable night, and the aggressive approach is definitely the way to go. I stayed out of trouble and got some good points.”

Cameron Waters delivered another podium in the opening race to stay right in the title fight, while Jack Le Brocq was ninth in the Spa finale.

“Not only was it a great night for our guys, it was a great night of racing all around,” said Tickford team principal Tim Edwards.

“For better or worse we seem to use the reverse grid to our advantage most weeks, good on Broc to keep his cool and hang on for the win and a 1-2 with Wilbur right behind.

“Cam had a very strong night again, and Lee and Jack had good showings as well.”

Rick Kelly  ›
Stay In The Know
Sign up to the Virgin Australia Supercars Championship Newsletter
We use cookies to ensure that we give you the best experience on our website. If you continue to use this site we will assume that you are happy with it.Ok