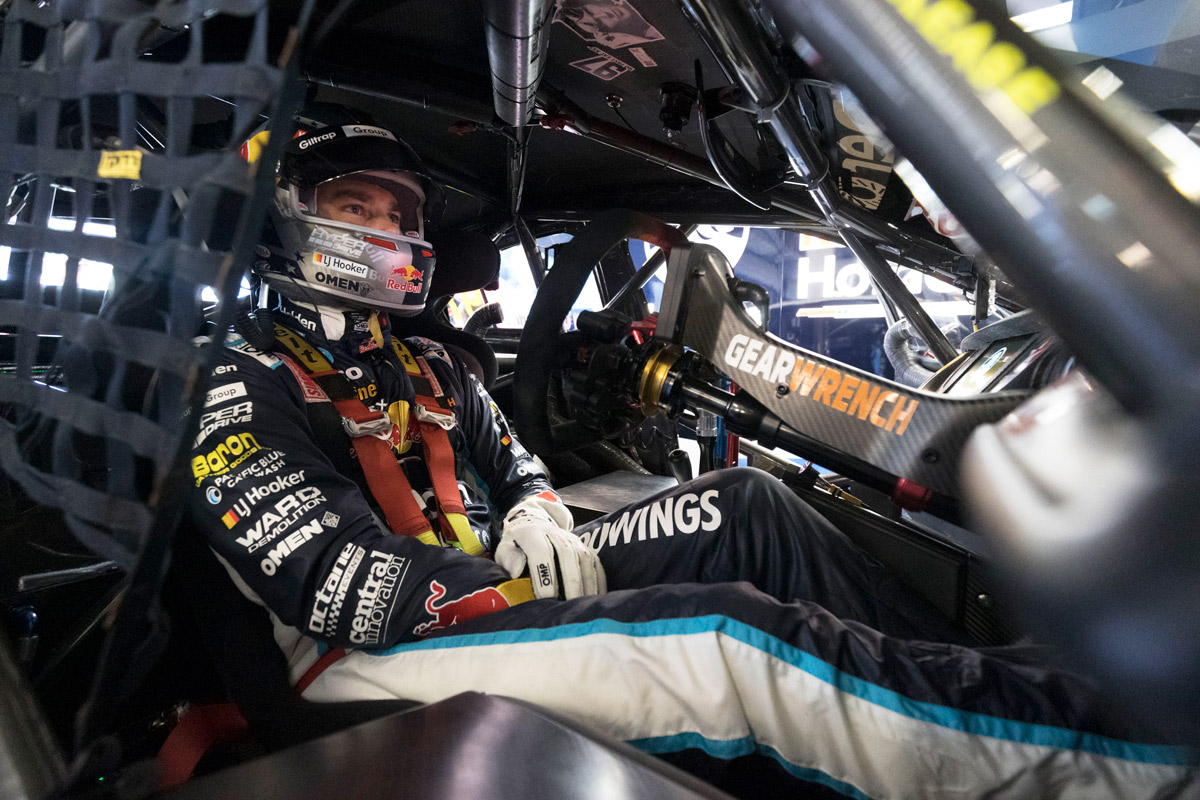 Shane van Gisbergen has maintained his red-hot form to secure ARMOR ALL Pole Position for the opening race of the BP Supercars All Stars Eseries at Austin.

WATCH: BRAD JONES TACKLES A SIMULATOR FOR THE FIRST TIME

It was little surprise that Anton De Pasquale and van Gisbergen were the fastest two in qualifying, in that order, having split every pole position of the Eseries to date.

When it came to the one-lap showdown, it was van Gisbergen who turned the tables on De Pasquale, clinching pole with a scintillating lap more than three tenths quicker than any of his rivals.

It marks his fifth ARMOR ALL Pole of the Eseries.

Wildcard Will Power held provisional pole for more than half of the Shootout with an impressive early marker before his Shell V-Power Racing teammate McLaughlin pipped him by just 0.0006s.

Power will start fourth, ahead of Lee Holdsworth, Chaz Mostert and Cameron Waters.

For the second straight week, McLaren Formula 1 driver Lando Norris blotted his copybook in the Shootout by exceeding track limits and having his lap wiped.

“I don’t know what to say really… I just need to keep it on the track but I fail to,” Norris smiled on the broadcast.

“I’m blaming it on a big tailwind!”

Bryce Fullwood and Jack Le Brocq also had their Shootout lap times deleted and will start from ninth and 10th respectively.

The opening race of the night will be 11 laps, followed by a 11-lap reverse grid heat.

Round 6 will then be rounded out by a 20-lap finale, with that grid to be set based on the points accumulated from the first two races.