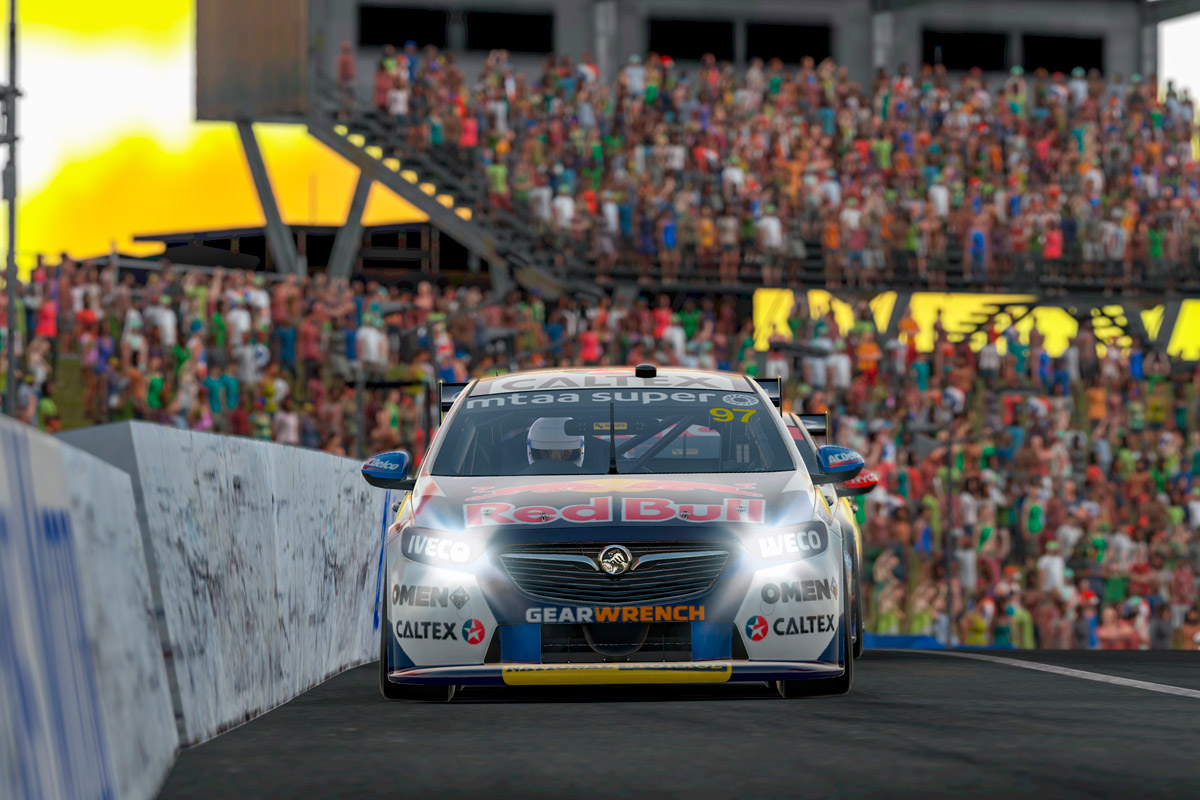 Shane van Gisbergen has tightened his grip on the inaugural BP Supercars All Stars Eseries title by taking victory in Supercars’ virtual return to Oran Park.

In perhaps the cleanest race of the entire season, van Gisbergen launched well off the start line to retain the top spot he’d earned during ARMOR ALL Qualifying.

Behind him, speedy wildcards Brodie Kostecki and Harley Haber collided whilst battling for third as Anton De Pasquale snuck by into the first corner.

De Pasquale would hound van Gisbergen to the flag, but the latter was able to maintain the lead through both pitstop phases and track position would prove king.

Van Gisbergen crossed the line 0.458 seconds ahead of the Penrite Racing driver, with Kostecki third. 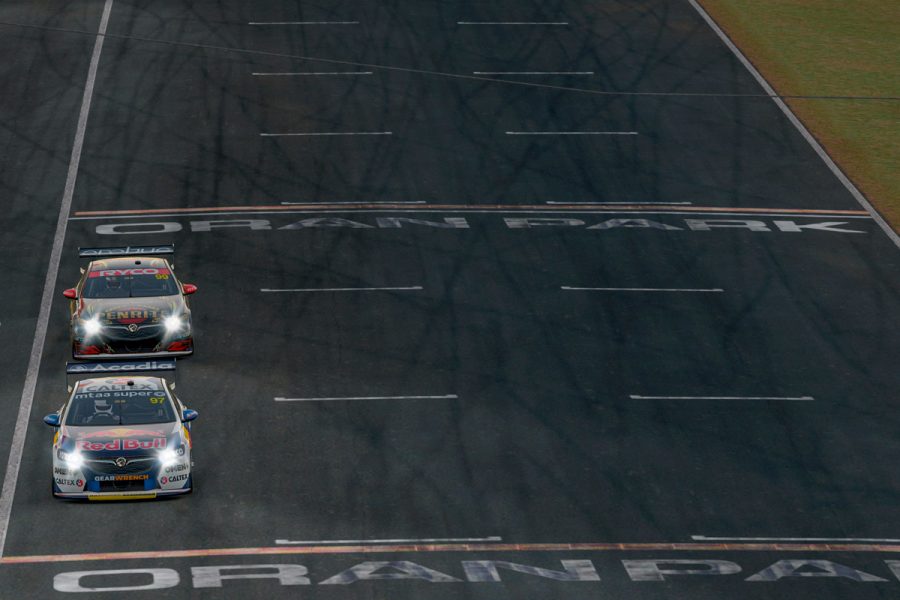 With his 14th victory of the Eseries and title rival Scott McLaughlin placing fourth, van Gisbergen widened his advantage atop the standings to 108 points with no more than 150 remaining up for grabs.

That means a top five finish in the final race tonight at Bathurst will secure him the Eseries trophy, regardless of where McLaughlin finishes.

Van Gisbergen will start the Bathurst race from fourth and McLaughlin from seventh, with Kostecki and Haber sharing the front-row.