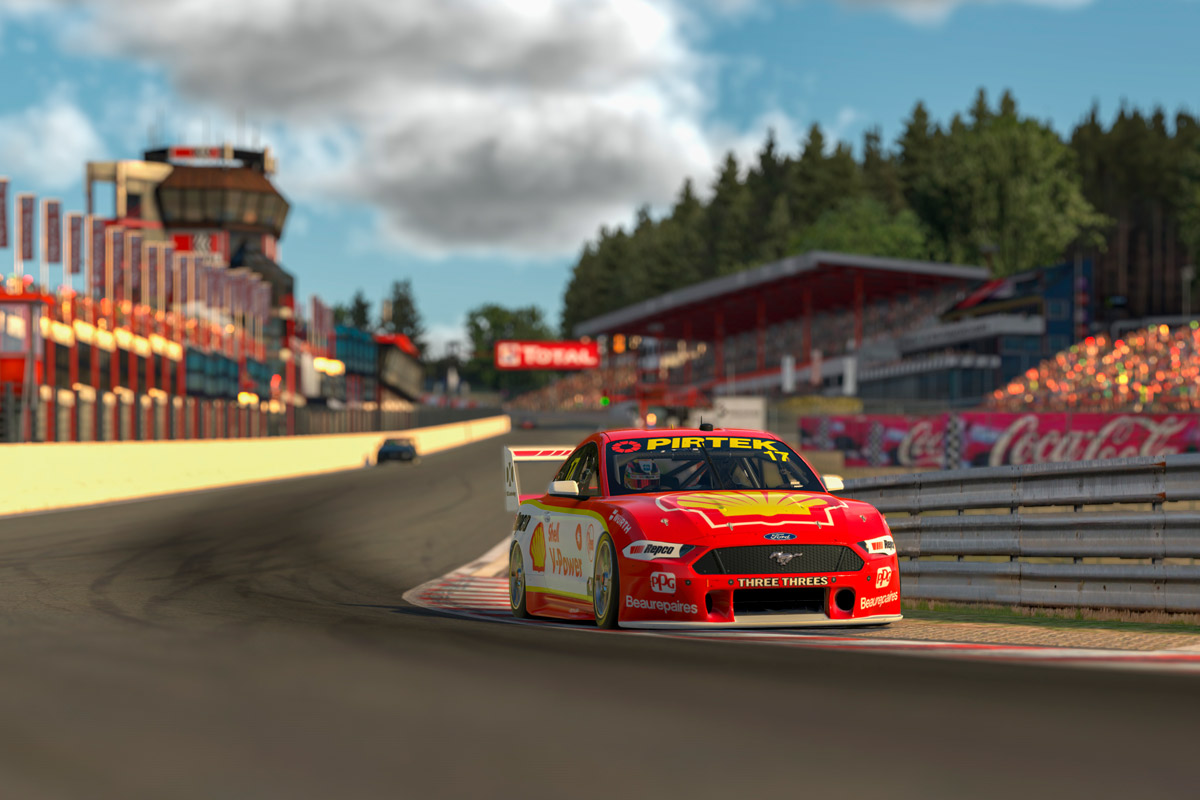 The BP Supercars All Stars Eseries will return to either Spa or Phillip Island this week after the iconic circuits progressed to the final stage of a fan vote.

Interlagos in São Paulo, Brazil, is already confirmed as one of the two venues for Round 8 on Wednesday night.

The second stop for the night was left to a BP fan poll, with Spa, Phillip Island, Michigan and Watkins Glen the four nominated options.

In the first semi-final, it was Phillip Island that got the nod over Watkins Glen by winning 66 per cent of the vote.

The second semi was a fraction closer with Michigan drawing 37 per cent of votes on the back of the oval success that was Charlotte last week.

It was not enough to topple Spa, however, which played host to close racing in Round 5 of the competition.

That leaves the Belgian and Aussie tracks as the last two standing, with a vote currently live on the Supercars Facebook page – Phillip Island holding a slender lead at the time of writing.

The winning circuit will be announced at midday on Wednesday.

21/05/2020
Stay In The Know
Sign up to the Virgin Australia Supercars Championship Newsletter
We use cookies to ensure that we give you the best experience on our website. If you continue to use this site we will assume that you are happy with it.Ok