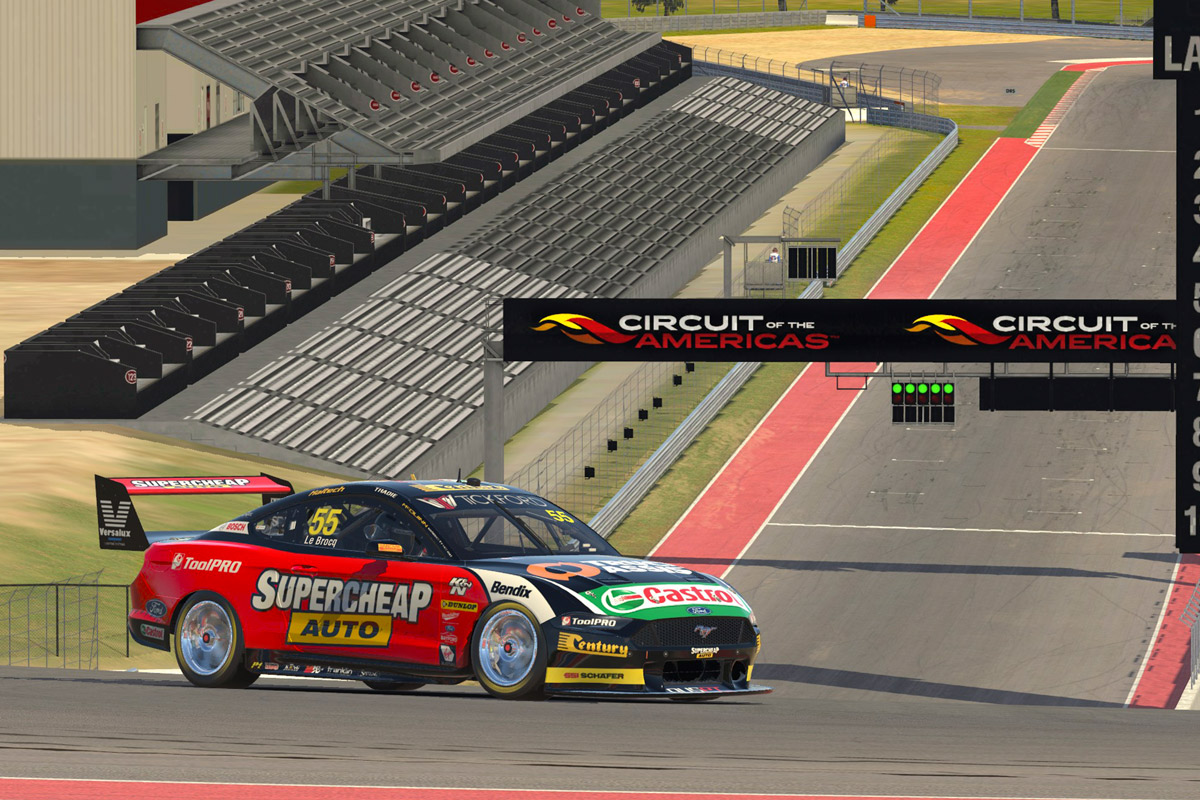 Even after a race win last week, Scott McLaughlin’s lead in the BP Supercars All Stars Eseries has been cut to 74 points with fellow Mustang driver Cam Waters still second.

WATCH: PYE PREVIEWS ROUND 6 AT TEXAS

He had a win stripped from him following a post-race penalty, but Shane van Gisbergen continues to make his way towards the top of the Coates Hire Leaderboard.

The #97 Red Bull Holden officially claimed one race win and two fifth place finishes last week to move himself up to within 100 points of the #17 Mustang.

Had he not had such a tough opening round at Phillip Island and Monza, van Gisbergen would almost be a runaway leader in the Eseries right now. Easily the most in-form driver.

Norris is out to make up for last week’s results at Spa. The Englishman was expected to be a frontrunner all night but found out just how much fun a chaotic reverse grid race can be in the Supercars Eseries.

He recorded finishes of third, 19th and 10th and wants a win tonight at Circuit of the Americas.

Lowndes admits he only starting using simulators in the latter part of his full-time career so many will write the 45-year old off. But if there is one thing fans know, it is the moment the seven-time Bathurst winner is written off, he delivers the most.

Tander has had recent success in online racing so could be a dark horse tonight.

Power, a proven iRacer, wants to improve on his Round 3 results of sixth, 10th and 11th at Bathurst.

Cindric’s form is unknown but he has home ground advantage with the US circuit, and he will have Shell V-Power Racing teammates McLaughlin and Fabian Coulthard to call on for any tips for handling a Supercar.

Fife trains regularly on iRacing so could also be one to watch in his Capital Gas Works, Brad Jones Racing Commodore.

Time is running out for pre-series favourite Anton De Pasquale to find his way to the top of the leaderboard.

Three top 10 finishes last week moved him up into fifth in the standings but he is still almost 300 points behind McLaughlin.

Chaz Mostert has moved into fourth with one race win to his name so far. He sits 275 points behind McLaughlin. 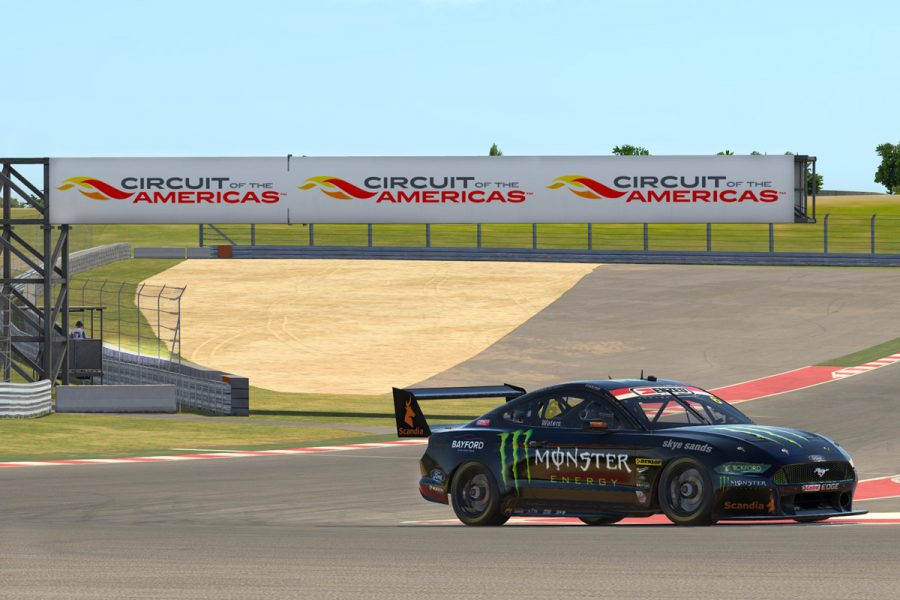 Waters needs results to go his way and McLaughlin to run into trouble to make up ground. The Monster Energy Mustang driver has so far stayed out of major trouble so will want to do that again at COTA.

Garry Jacobson of Matt Stone Racing is this week’s roughie. He sits eighth on the leaderboard after going about his business quietly over the opening five rounds.

The Shepparton local claimed his first podium finish of the Eseries last week in the reverse grid race.

Wildcards Norris and Tander should also be strong contenders.

Jamie Whincup (three) and Coulthard (one) were race winners when Supercars raced at COTA in 2013, so will want a virtual victory to go with those wins.

Incident point limits have been restricted with the three races reduced to 17 points, 20 points, and 25 points respectively.

Round 6 qualifying will begin tomorrow night at 6pm AEST and will be broadcast exclusively on Fox Sports 506 before racing begins at 7pm.

10 Bold will show a full replay of Round 5 on Saturday afternoon from 1-3pm.