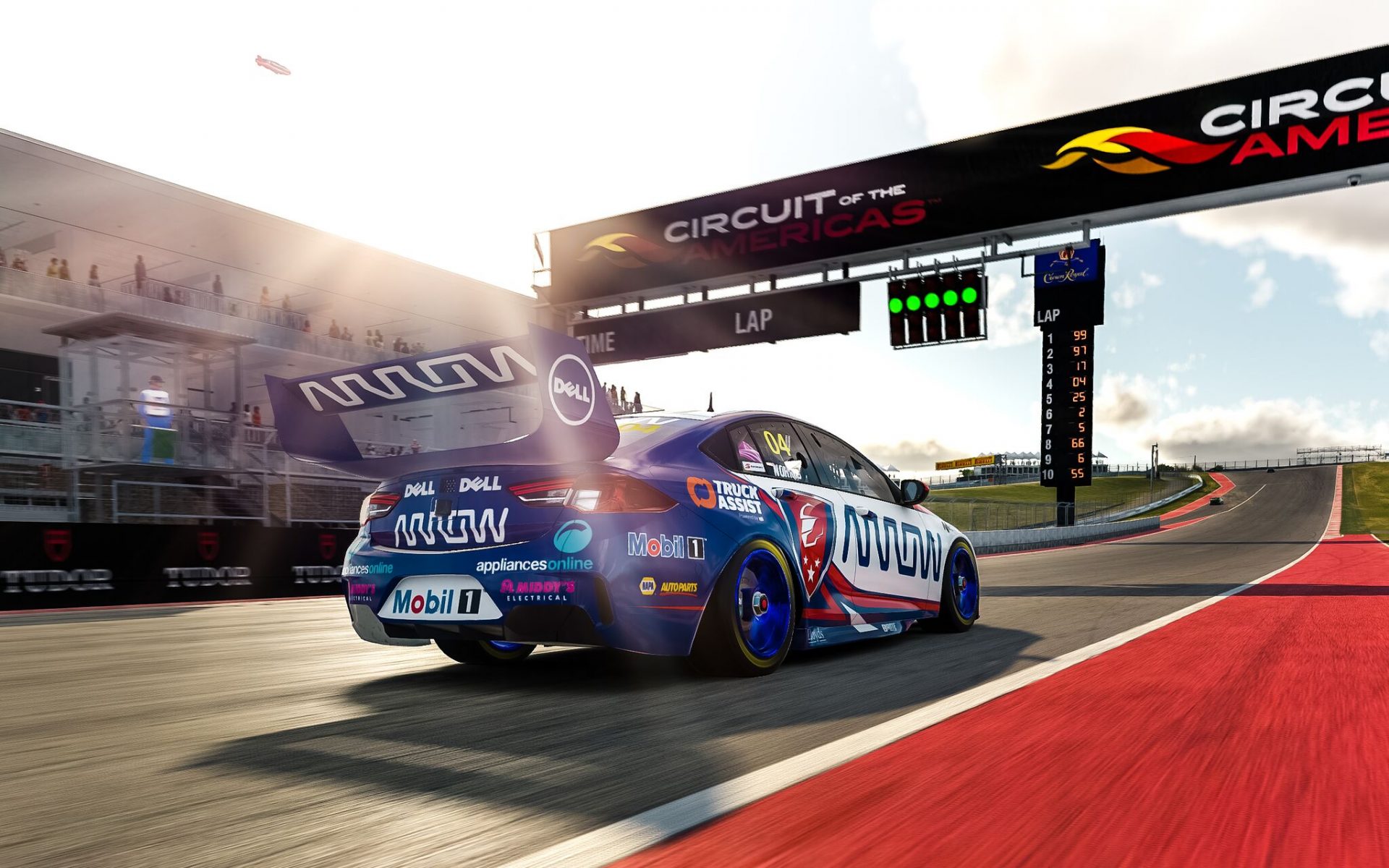 Formula 1 rising star Lando Norris could be set for further appearances in the BP Supercars All Stars Eseries after claiming his maiden victory last night at Circuit of the Americas.

It was Norris’ second podium in two weeks and after the win the McLaren F1 driver wouldn’t rule out even more wildcard outings for Walkinshaw Andretti United over the final four rounds of the competition.

“One hundred per cent. I mean what’s next ovals? That’s what I’ve heard,” Norris said, referring to next week’s scheduled rounds on the Charlotte and Daytona circuits.

He later was heard on Twitch indicating he may be a permanent fixture on the grid for the remainder of the Eseries.

Norris again shone in qualifying to be fourth fastest but as was the case last week at Spa, the 20-year-old copped a kerb penalty in the ARMOR ALL Top 10 Shootout that deleted his lap time. That left him to start the opening race on the virtual Texas circuit from eighth on the grid.

“I don’t know what to say really… I just need to keep it on the track but I fail to,” Norris reacted on the broadcast.

“I’m blaming it on a big tailwind!” 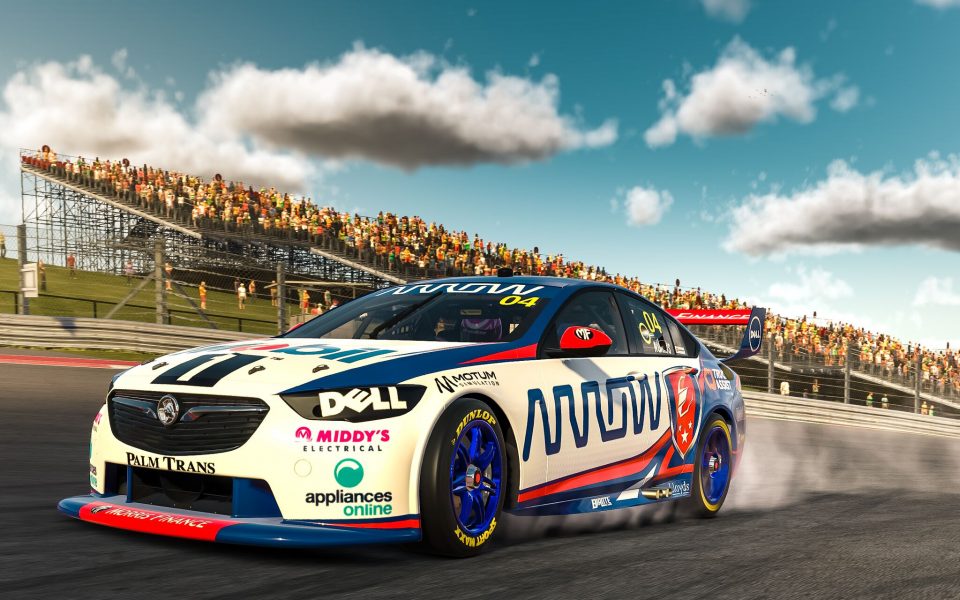 The Englishman’s first race of the night effectively ended when he collided with Cam Waters, sending the Monster Energy Mustang into a spin.

Driving Standards Observer Craig Baird handed Norris a drive-through penalty for the contact and he eventually ended the race down in 28th position.

That did mean he would start the reverse grid race in the box seat, from the second-row of the grid.

He avoided early trouble and on lap 3 took the race lead after a nice exchange with Brad Jones Racing’s Todd Hazelwood.

Norris held on from there to take the chequered flag, becoming the first international to win a race in the BP Supercars All Stars Eseries and the second wildcard after Dunlop Super2 Series rookie Broc Feeney won the reverse grid race at Spa last week.

Driving from the UK, Norris started the final race of the night from eighth position again and went for broke off the start.

He moved up the inside heading into the opening corner and collided with Eseries points leader Scott McLaughlin.

The damage dropped Norris back as far as 16th on the opening lap, ultimately recovering to finish ninth. 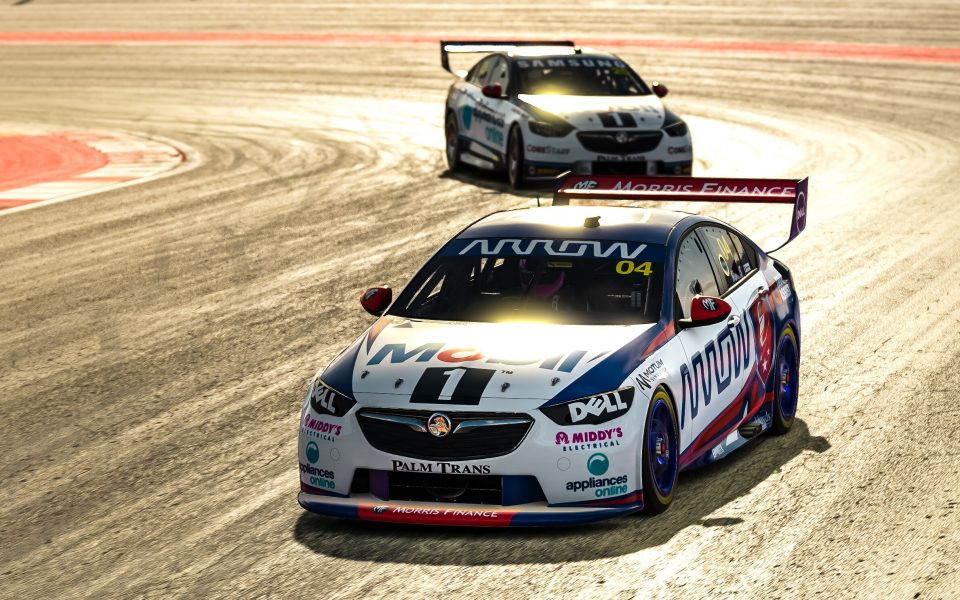 “It was good fun. Race one wasn’t, race one I made a mistake and I have to apologise that I took Cam out, which was my fault,” Norris said.

“I just needed to take advantage of the drive-through and starting at the front [for the reverse grid] and go for the win.

“To be honest I’ve never been a fan of reverse grids, I love it for TV and the action and I think it’s a really good show, but personally winning reverse grid from starting at the front is never the thing to be most proud of.

“I don’t think it’s the thing to be most proud of it especially because I know I should’ve been fighting to be more up the front, starting at the back and trying to come through like the others.

“But it was good. It was a nice little win.”