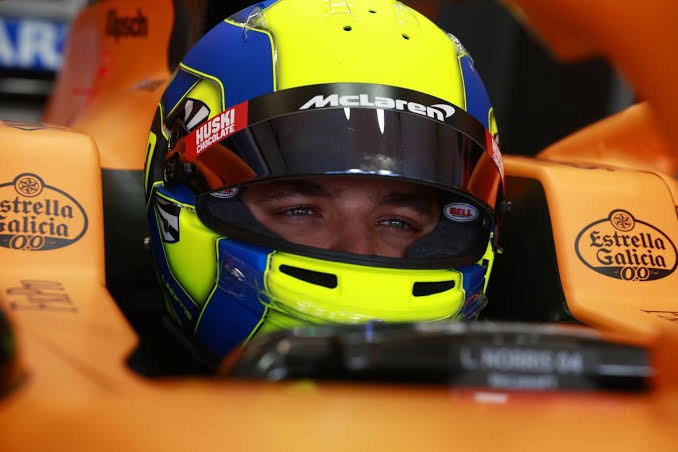 McLaren Formula 1 driver Lando Norris will return to the BP Supercars All Stars Eseries this week, hoping for a second race win with Walkinshaw Andretti United.

WATCH: ZAK BROWN ON CELEB RACE... AND RICCIARDO AT BATHURST?

Norris made his Supercars Eseries debut a fortnight ago in Round 5 of the competition at Spa-Francorchamps, where he claimed finishes of third, 19th, and 10th.

Last week in Round 6 action at Circuit of the Americas, Norris claimed a maiden win in the reverse grid race of the night – and declared shortly after he wanted to return.

Fox Sports’ SideTracked program on Monday night confirmed Norris’ place in the field for this week’s races at NASCAR circuits Charlotte and Daytona.

Norris’ F1 team CEO and Walkinshaw Andretti United part-owner Zak Brown had his own turn behind the wheel tonight in the BP Celebrity Race at a virtual Mount Panorama.

Brown finished seventh in the opening race of the night and 15th in a chaotic reverse grid race.

The BP All Stars Eseries will be broadcast on Fox Sports 506 live from Wednesday 6pm AEST, with racing to begin at 7pm.