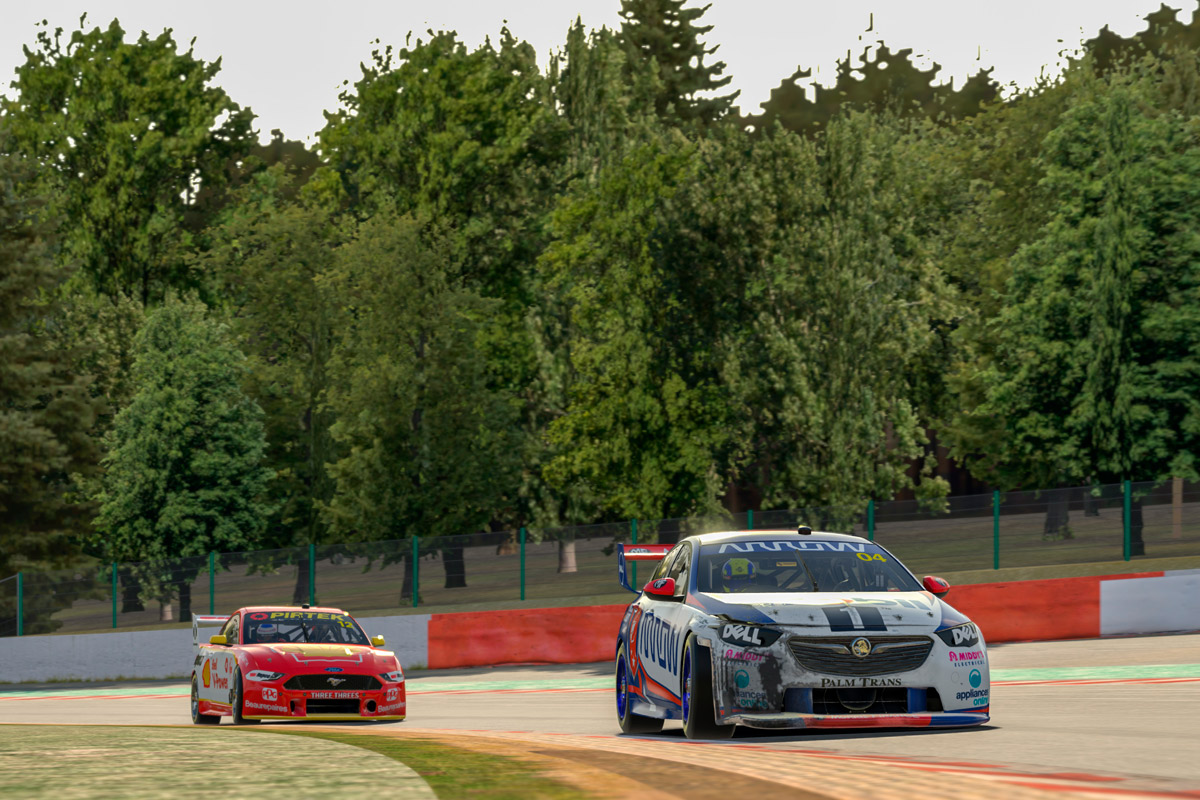 Every round to date has involved at least one reverse grid event and has usually triggered more chaos with the mixed-up starting order.

Norris doesn’t think that’s a bad thing, despite himself getting caught up in an early tangle in the reverse grid race at Spa last week, after scoring a podium in the opener.

“I think the reverse grid race is really fun, as much as it could be with the carnage at times, and a few little crashes here and there,” Norris said on Supercars SideTracked.

“It’s a good challenge, to kind of mix it up and not always go qualifying then race, do something a bit different which generally you don’t do so much in real racing.

“So to kind of mix it up and start last and have different grid positions for each race is very good fun and different to most series.

“I’m hoping that it’s good to watch from the outside; when I watched it, it’s been good.”

Norris, who is competing for WAU via the Holden team’s part-owner Zak Brown also being McLaren CEO, will be back in action for Round 6 tomorrow night at Circuit of the Americas.

“Being able to race against the drivers in here like Shane [van Gisbergen], Scotty [McLaughlin], a lot of them who have been doing it for years and are frontrunners and championship winners in a different category and not just Formula 1,” said Norris.

“To race against these other drivers is a pleasure because you don’t get to do it that much in real life.”

Qualifying will get underway at 6pm AEST Wednesday, with three races, including one reverse grid, taking place from 7-9pm.