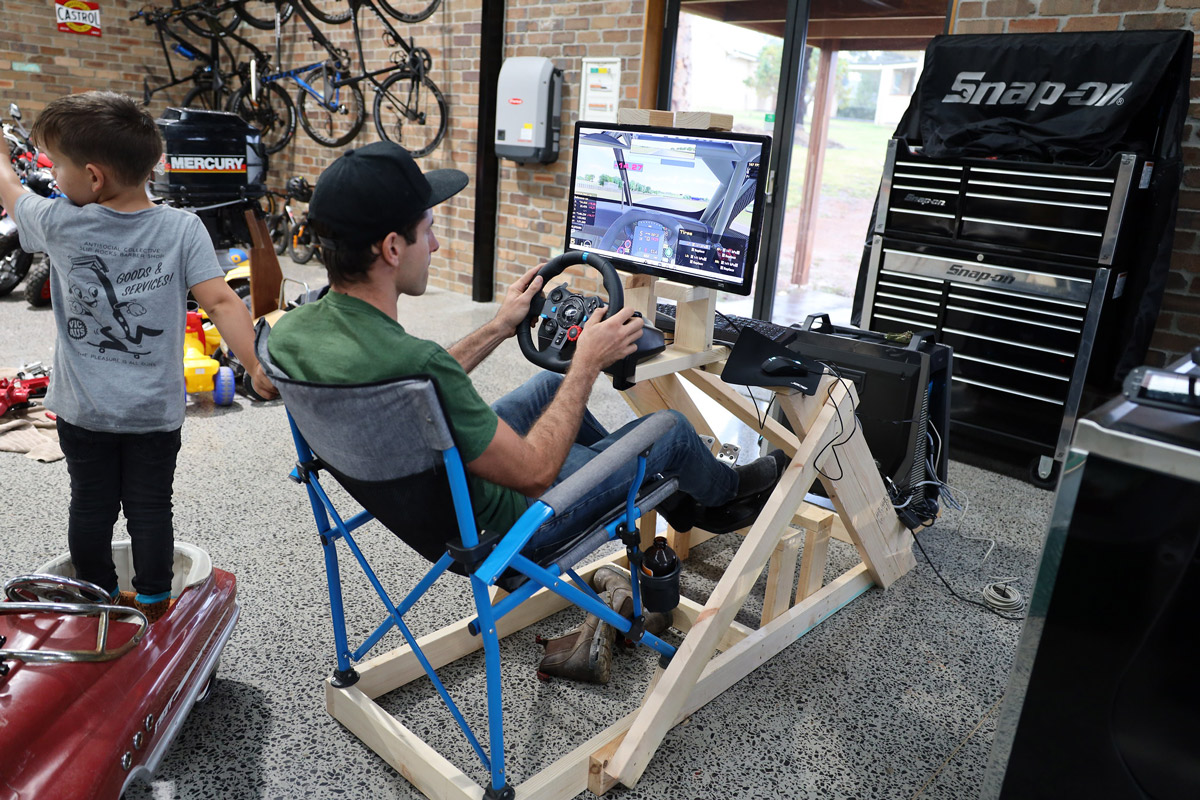 Rick Kelly will move to upgrade his simulator in a bid to finish the BP Supercars All Stars Eseries on a high.

WATCH: HOW KELLY'S MAKESHIFT SIM WAS PUT TOGETHER

The 2006 Supercars champion entered the iRacing competition with no prior simulator experience and even set about hand-building his own equipment.

Kelly has generally struggled throughout the opening six rounds, languishing in 23rd in the points.

The 37-year-old has now committed to improving his machinery to give himself a better chance of jagging a result in the coming weeks.

“I think the timber frame on my sim is holding me back a bit,” Kelly conceded.

“With all of the torque from the Simworx steering box it’s actually created a bit of slack in the whole frame and now it flops around and isn’t really rigid so I’m also losing a bit of steering feel from it.

“I did an Instagram poll to see if people thought I should upgrade the camp chair to a race seat and do a proper frame and it was 50/50 so I reckon it’s time for an upgrade and get chassis #002 ready for the second half of the series.”

Kelly found the going tough at Circuit of the Americas last night, involved in multiple incidents throughout the event. 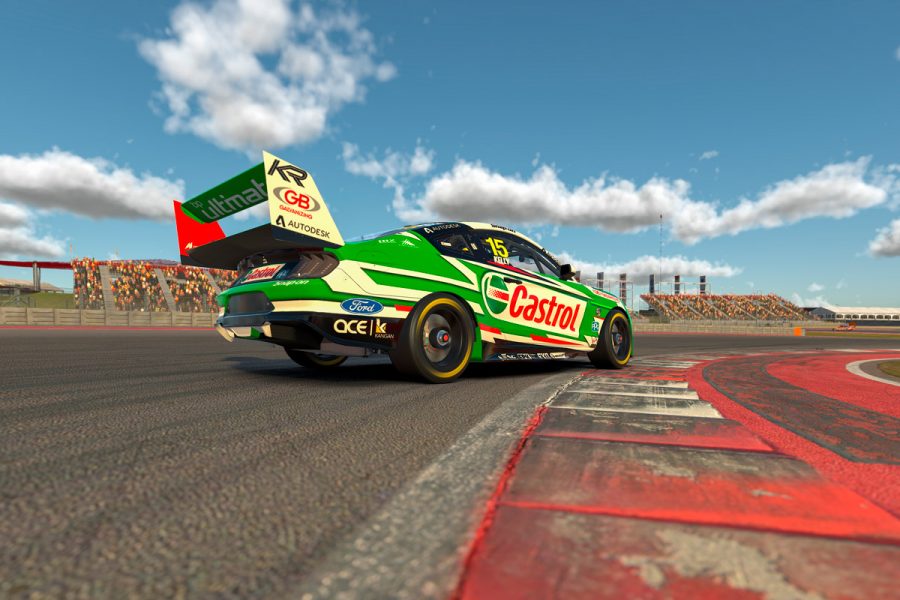 “When you start at the back of the grid it’s almost impossible to avoid the carnage on lap one, same as last week,” he said.

“Every race we were caught up in incidents on the first lap which makes things tricky because you get damage and that actually slows the car down a lot so you have to pit early and then you run out of tyres well before the end of the race so that’s not ideal.

“On the plus side I was able to enjoy some good clean battles with a few guys out there which was fun, when you’re genuinely wheel-to-wheel racing on these things it is intense and quite enjoyable.”

Kelly’s teammate Andre Heimgartner also had a difficult round, losing ground in the standings – now 423 points off Scott McLaughlin’s lead.

The NED Racing driver will look to an American double-header at Charlotte and the Daytona road course next Wednesday to turn things around.

“Next week should be interesting,” said Heimgartner.

“I think we’ve got a few NASCAR oval tracks coming up which should be interesting, me and Rick will have to start practicing our Ricky Bobby slingshot moves!”

13/05/2020
Stay In The Know
Sign up to the Virgin Australia Supercars Championship Newsletter
We use cookies to ensure that we give you the best experience on our website. If you continue to use this site we will assume that you are happy with it.Ok