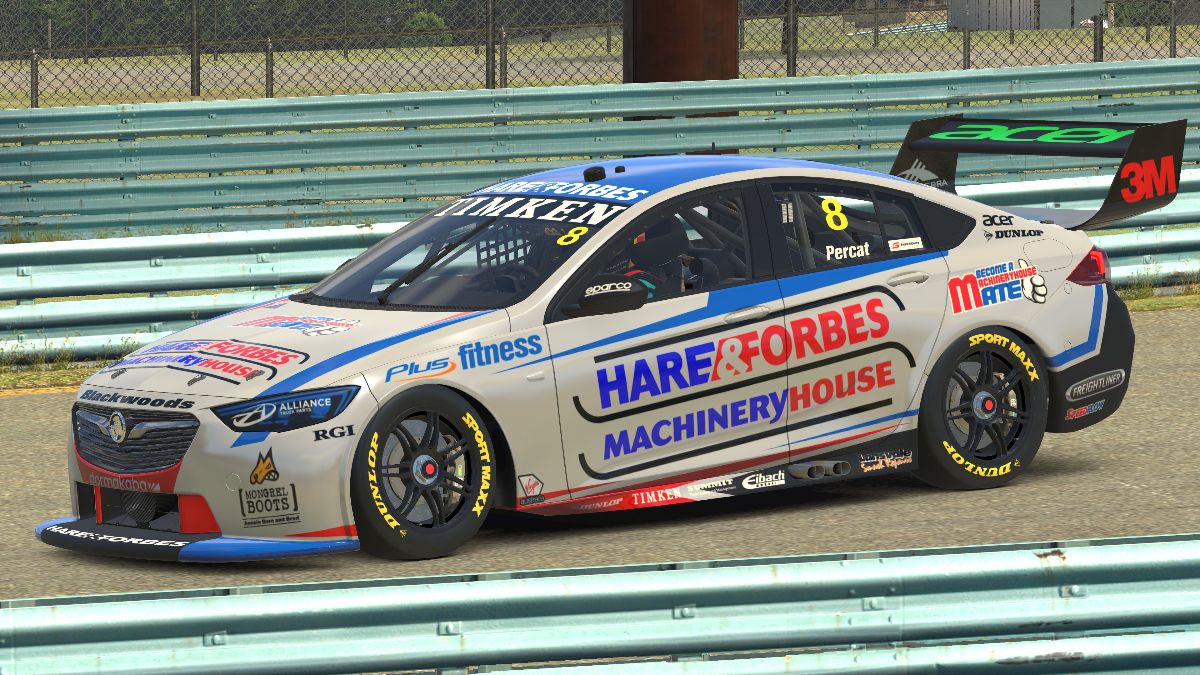 Nick Percat will take a new livery into Round 7 of the BP Supercars All Stars Eseries, with Hare & Forbes Machineryhouse coming aboard for the Charlotte and Daytona races.

The Australian-owned company have been a long-time supporter of Percat’s Brad Jones Racing team, most recently underpinning the #8 Commodore at Pukekohe last year.

“I’m stoked to have Hare & Forbes Machineryhouse onboard. They have been a part of BJR for over six years now and it’s great to have them join the Eseries with us,” said Percat.

“This livery is quite special as Supercar fans will remember seeing it on track last year in Pukekohe.

“I’m proud to be driving it and hopefully I can get some better results this week in the Eseries. 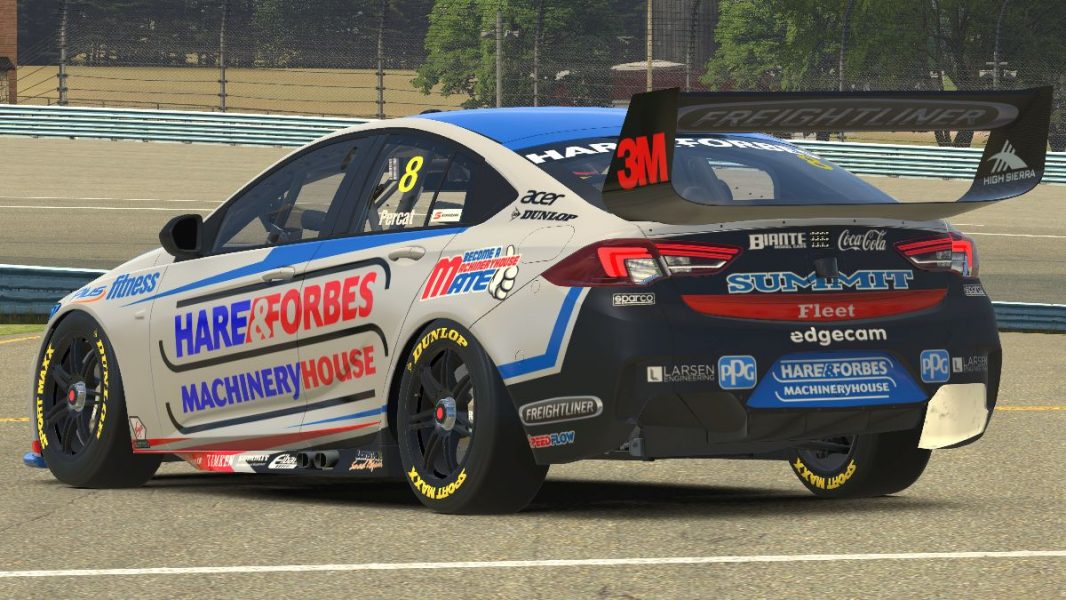 “My steering wheel broke last week but I‘ve had it all fixed and I’m ready to race!”

Percat is 12th in the Eseries standings.

His car becomes the fifth to undergo a livery change for this week, with Tickford’s three Mustangs running NASCAR-inspired designs and Will Davison’s #23 Ford adopting the branding of his personal sponsors.