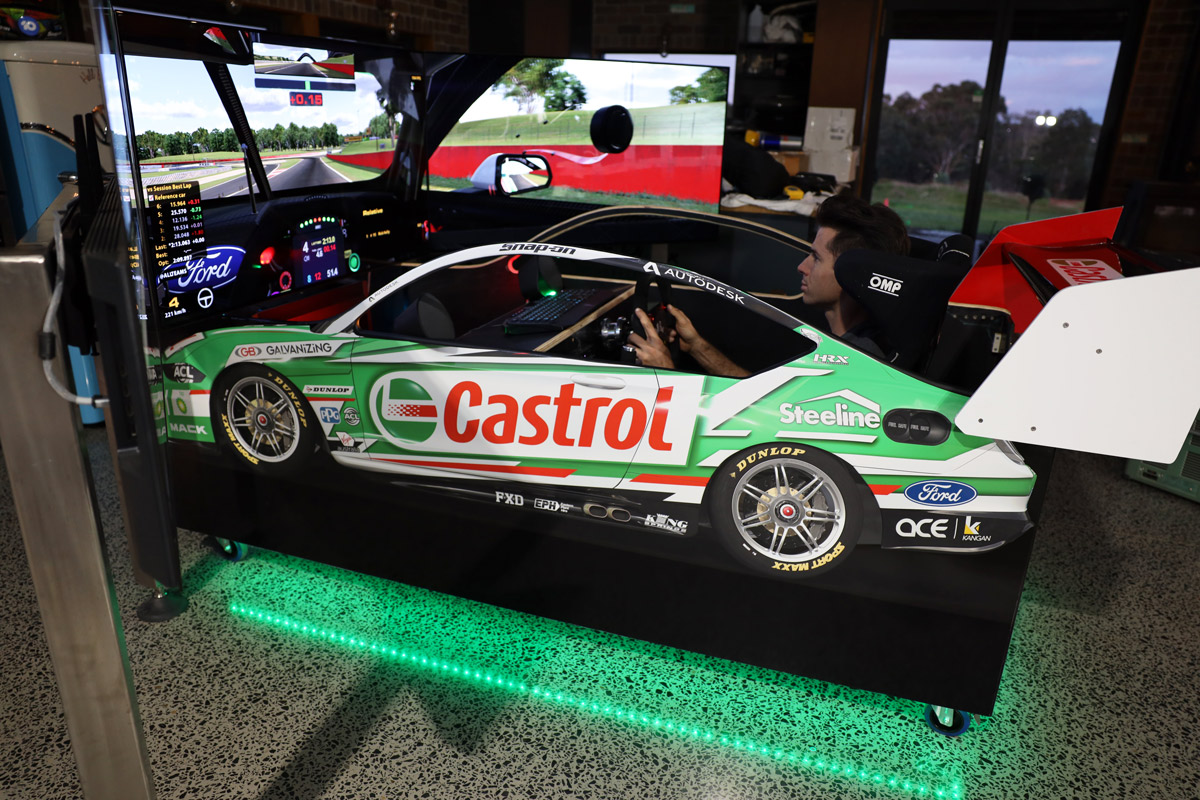 Rick Kelly has delivered on his mission to upgrade his simulator to give himself a better chance of competing in the BP Supercars All Stars Eseries.

WATCH: ROUND 7 ESERIES PREVIEW OF DAYTONA

Kelly started the competition with a homemade makeshift timber frame that, while popular for its originality, was not coping overly well with the torque generated by the simulator.

Having added bit by bit to his equipment, the 37-year-old now has a new sim chassis #002 to complete the evolution.

To top it off, Kelly has built a mini-me Castrol Racing Ford Mustang Supercar complete with a race seat, rear wing, a new Supercars-style gear shifter and green LED lights.

“Most people would have seen that I built the camp chair simulator for the start of the Eseries season, and that was a bit of a rough job,” said the 2006 Supercars champion. 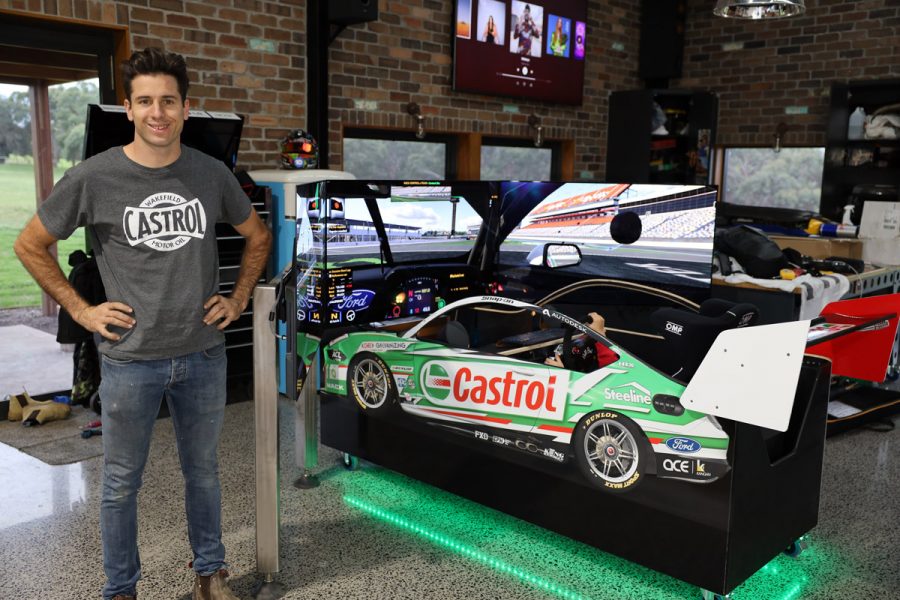 “With all of the upgraded gear I’ve been acquiring over the last few weeks and upgrading the simulator I thought it was only right we build chassis #002 and make the whole set-up a bit nicer.

“So this week I’ve got literally no practice in because I’ve spent the whole week putting together this new simulator so while it looks pretty fast and racey I’ll probably still be up the back of the field!

“I started off by measuring up the inside of the cockpit from my actual Castrol Racing Mustang Supercar and I built this new version with the exact same driving position which is pretty cool. 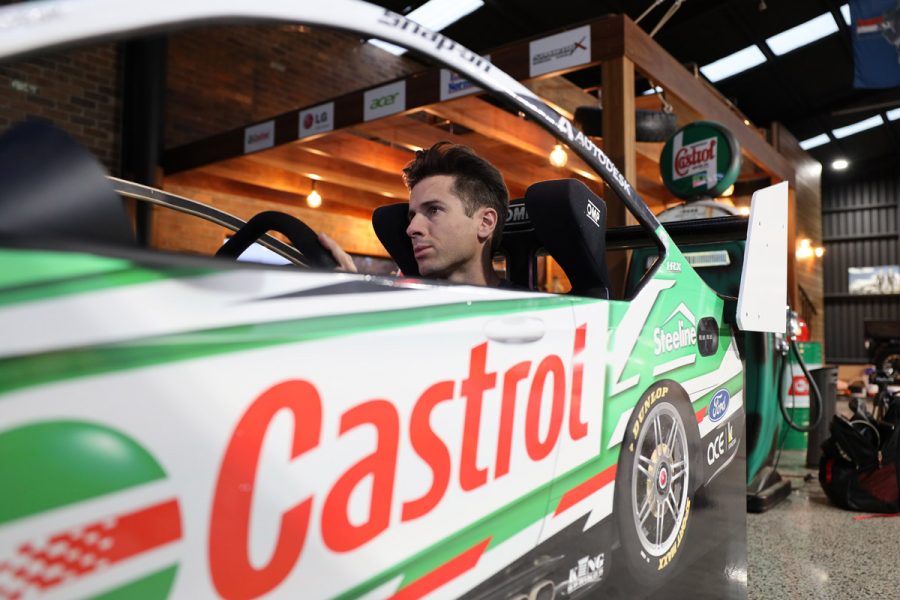 “I got some pretty cheap framing timber from Bunnings, created a rough shape of a Mustang, stickered it up with my actual Mustang livery, bolted an old Supercar wing on the back and it’s turned out kind of like a little Aussie Racing Mustang which is quite cool.

“I’ve even got the LEDs underneath so we’ll be able to do all of the night races too!”

Kelly’s chassis #002 will make its debut in Round 7 tonight at Charlotte and Daytona.