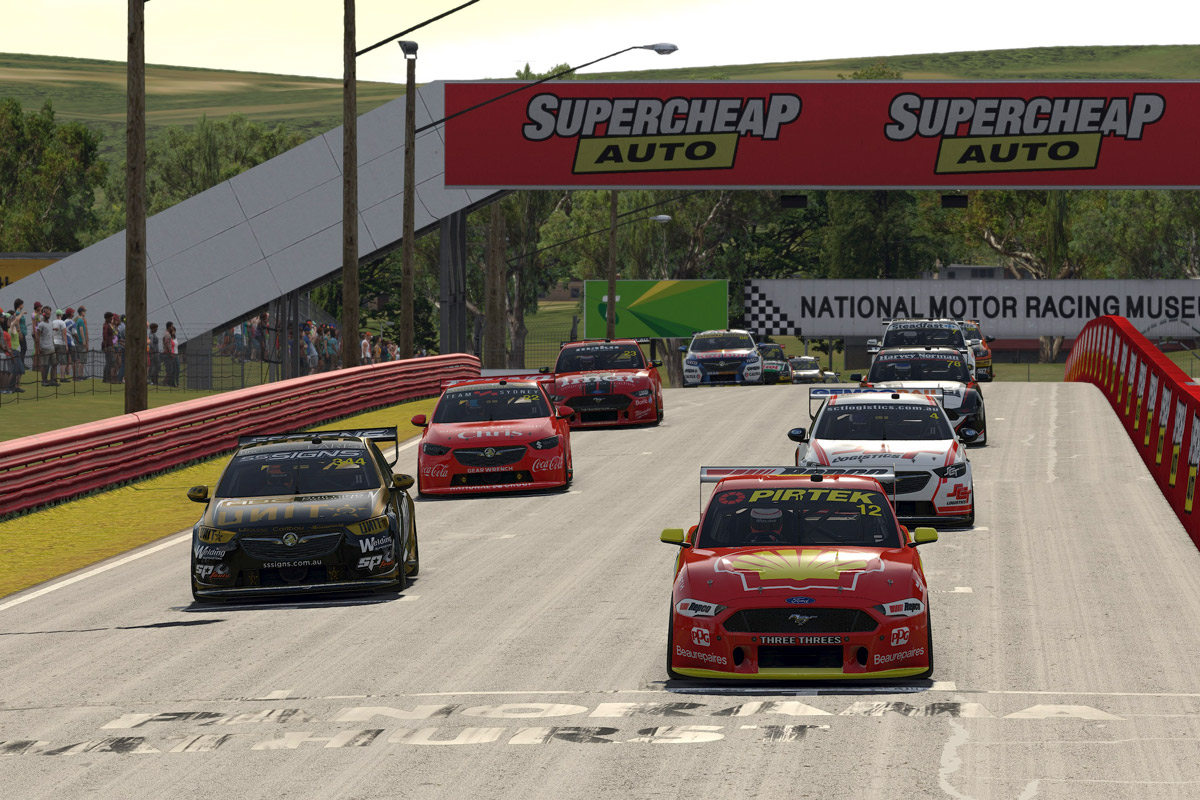 And then there were two.

After many years of on-track battles, virtual bragging rights go on the line tonight between Shane van Gisbergen and Scott McLaughlin.

WATCH: A VIRTUAL SUPERCARS LAP OF THE MOUNTAIN

Van Gisbergen looked near impossible to beat until last week’s strategy mishap in the final race at Michigan, where McLaughlin claimed line honours and brought his rival’s BP Eseries lead back to just 78 points.

There’s two races tonight where the winner will claim 150 points in each. McLaughlin will need to finish well ahead of ‘SVG’ to overtake the Red Bull Holden ace but if this Eseries has proved anything, it is never assume a result is in the bag until the chequered flag drops.

Brodie Kostecki seems the man most likely and wants to round out his involvement in the Eseries with a victory. He came within a whisker at Mount Panorama in Round 3 but a post-race penalty for a late nudge on McLaughlin meant he finished the night with two podiums and no wins.

Broc Feeney did win a reverse grid race at Spa, so has the pace to compete.

Will Brown was impressive filling in for Dave Reynolds in Round 2, Jono Webb has won the Supecheap Auto Bathurst 1000 and Zak Best is arguably one of the brightest talents coming through the Dunlop Super2 Series.

As for the other guy? Name is Lowndes. You might have heard of him. Knows his way around Mount Panorama. Has only won the Bathurst 1000 seven times. Also won five career races at Oran Park.

Arguably the biggest All Star in the pack tonight and although he’s not a well-versed sim racer, never rule out another Bathurst win for one of Supercars’ all-time greats. 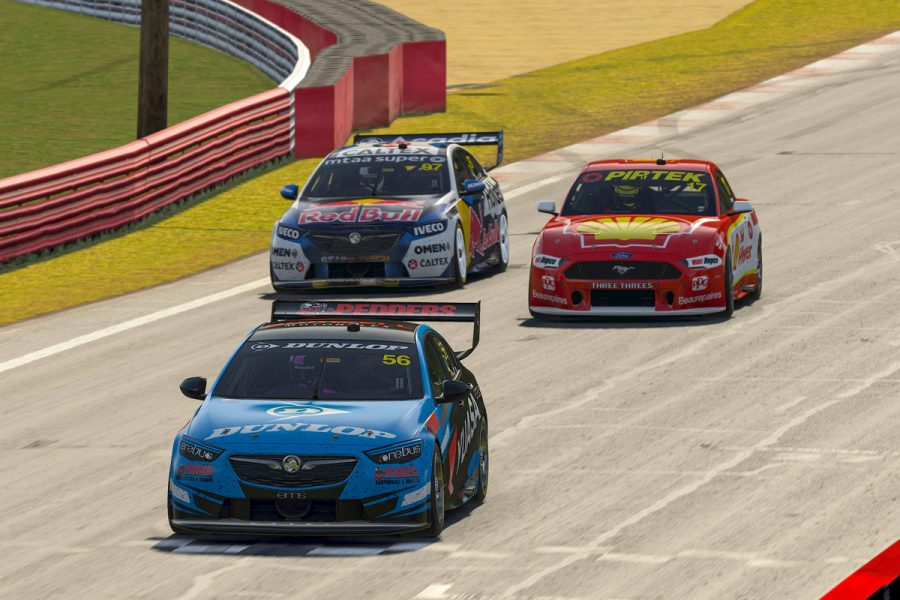 Four drivers in tonight’s field won Supercars races at Oran Park, so if either Lee Holdsworth, Rick Kelly, Jamie Whincup or Lowndes take victory there, it will not be the first time.

As for Bathurst winners, there are 10 in tonight’s field who have earned the right to call themselves the King of the Mountain.

Will Davison is one of those and after a tough few weeks, the two-time Bathurst winner will want to end his time in the Eseries on a high.

Four new tyres must be taken during each compulsory pitstop.

Qualifying for the final round of the BP Supercars All Stars Eseries will begin at 6pm AEST and will be broadcast exclusively on Fox Sports 506 before racing begins at 7pm.

10 Bold will show a full replay of Round 10 on Saturday afternoon from 1-3pm.

08/06/2020
Stay In The Know
Sign up to the Virgin Australia Supercars Championship Newsletter
We use cookies to ensure that we give you the best experience on our website. If you continue to use this site we will assume that you are happy with it.Ok