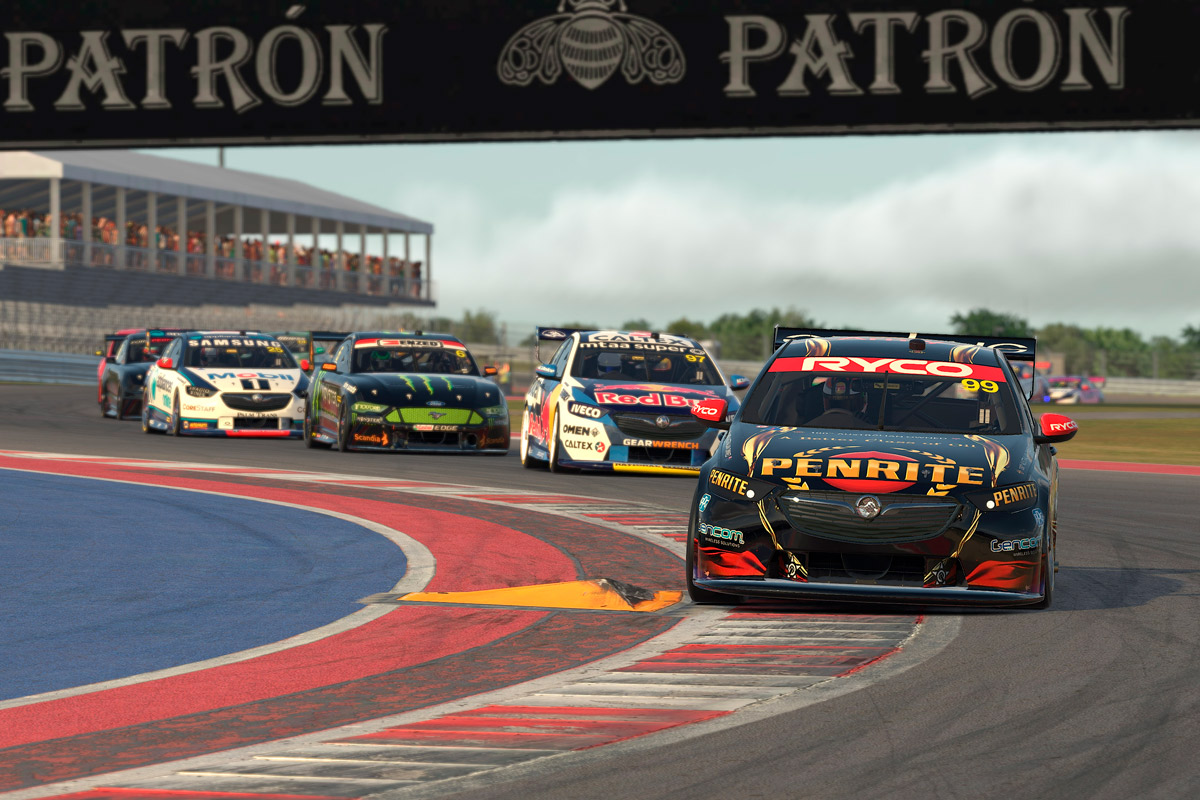 Anton De Pasquale has taken the round win at Circuit of the Americas to claw back ground in the BP Supercars All Stars Eseries standings.

WATCH: ESERIES ROUND 6 HIGHLIGHTS AT COTA

De Pasquale has been consistently fast in qualifying trim on his home simulator but has had an unfortunate knack of being tangled in incidents come race sessions.

The Penrite Racing youngster was beaten to ARMOR ALL Pole by Shane van Gisbergen but re-established the upper hand over the course of the night’s three races.

Van Gisbergen led home De Pasquale in the first race; that 1-2 order was reversed for the 20-lap finale.

In between, De Pasquale made up slightly more ground in a reverse grid race won by Lando Norris – fifth versus van Gisbergen’s seventh – to help secure the round win.

The results couldn’t have come at a better time for the #99 driver, who entered Round 6 down in fifth almost 300 points behind series leader Scott McLaughlin. 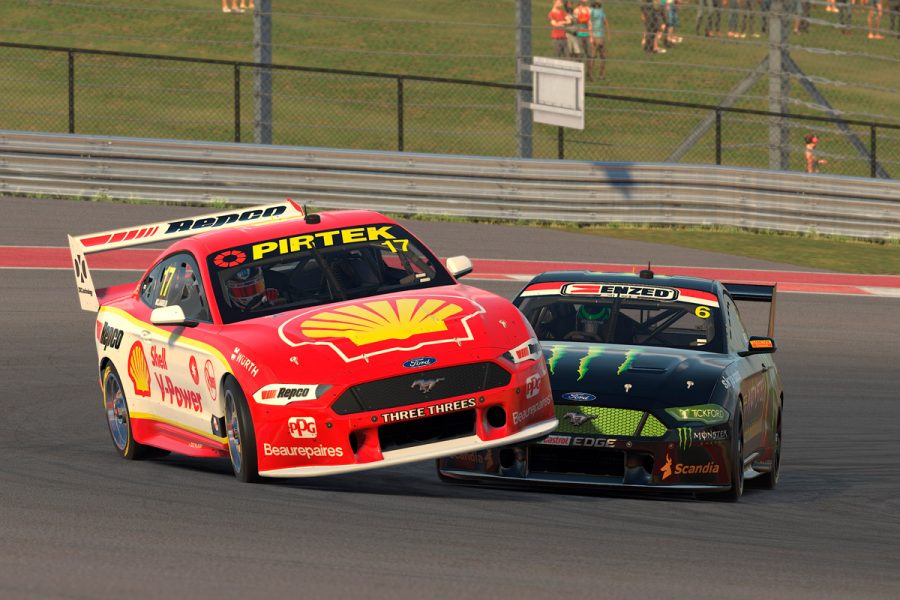 The Shell V-Power Racing star had a mixed night, netting two podiums either side of an 18th in the middle race after disastrous opening lap contact.

McLaughlin had late contact with title rival Cameron Waters in the final race while battling for third.

It would precede another Race 20 redress, this time for the lead as van Gisbergen spun De Pasquale on the last lap – the latest clash between the two.

With a large gap to the cars behind, the Red Bull driver decided himself to let De Pasquale back past and then launch another attack into the final sequence of corners. 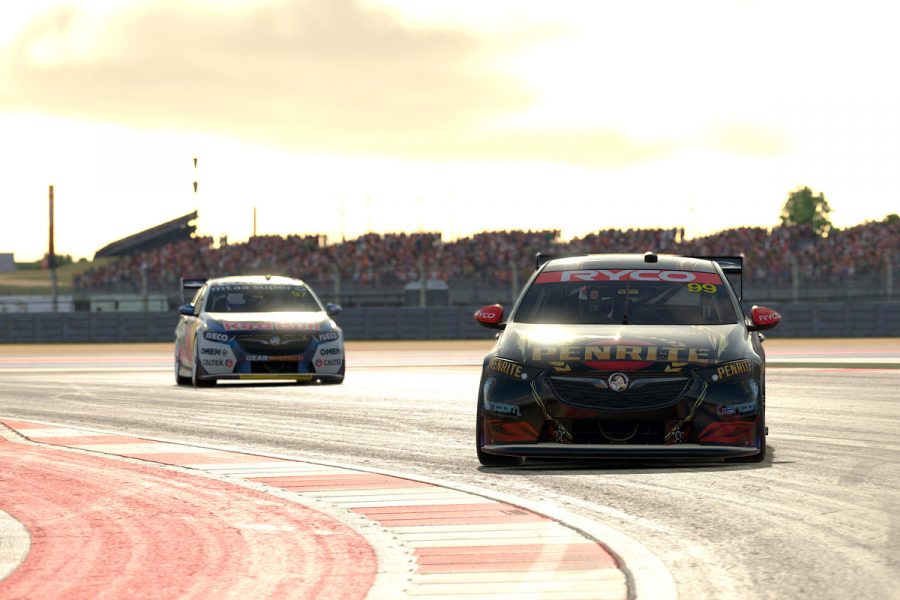 The night overall featured markedly less carnage besides a chaotic start to the middle race.

That reverse grid event saw Norris become the first international and the second wildcard – after Broc Feeney – to win a race in the Eseries.

Norris was joined on the podium by Waters and Brad Jones Racing’s Todd Hazelwood, who led the initial laps before being passed by Norris and undercut by Waters during the pitstop phase.

Round 7 next week will involve races at Charlotte and Daytona’s road course. 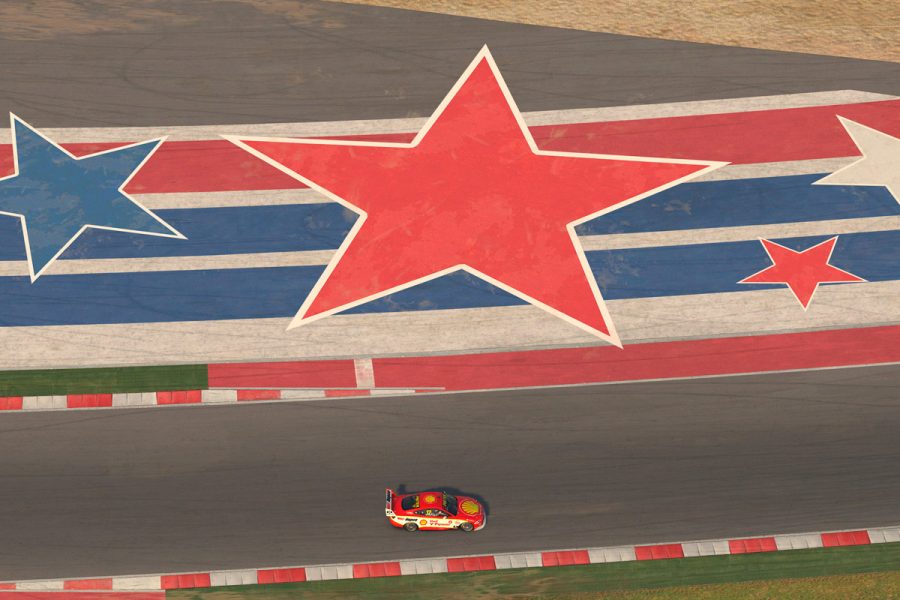