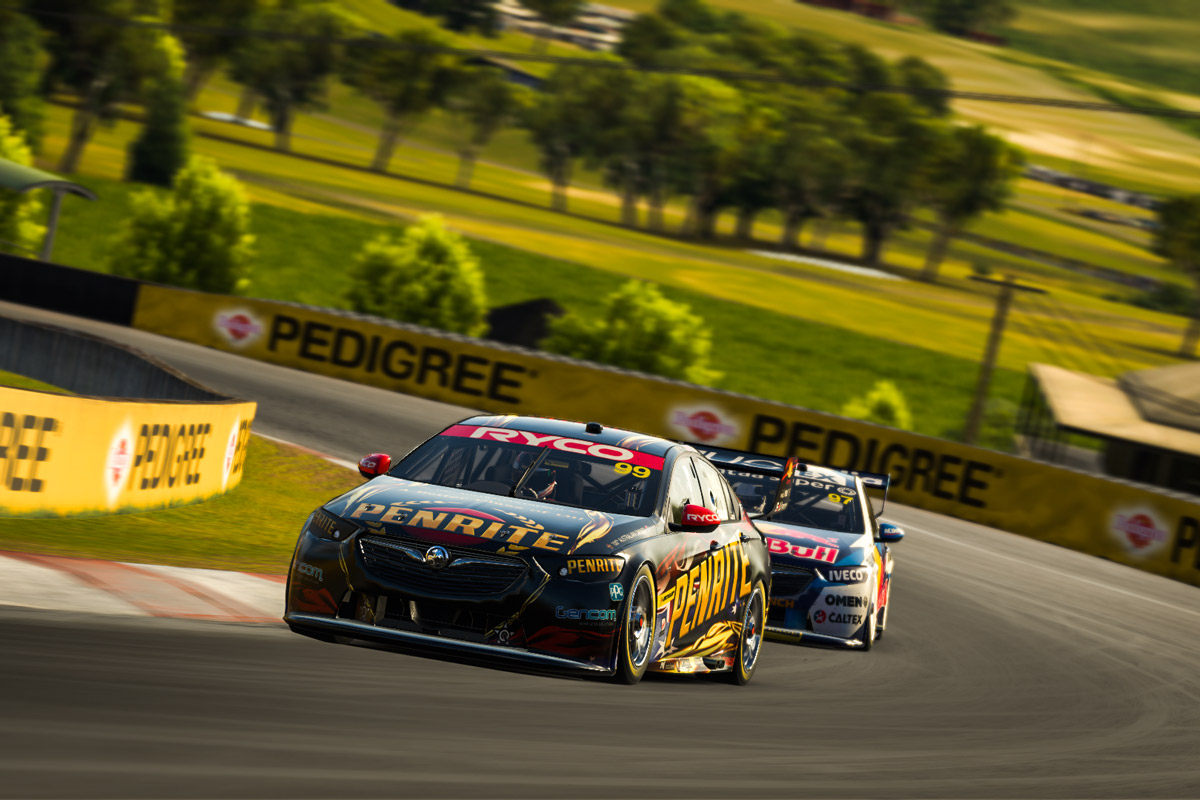 Penrite Racing driver Anton De Pasquale was satisfied with his effort to claw back ground after a tough start to the BP Supercars All Stars Eseries.

From the outset, the 24-year-old was identified as the “hot favourite” by eventual series runner-up Scott McLaughlin.

However, despite showing scintillating speed throughout that earnt him seven ARMOR ALL Poles, De Pasquale was too often an unlucky party in the early round melees.

Before even the midway point, he had drifted outside the top five before gradually starting to string together results.

He entered last night’s Round 10 action out of the title hunt but in fourth overall – and a second at Oran Park plus fourth at Bathurst was enough to help him jump Cameron Waters into third on the final leaderboard.

All up, he finished with four wins and 14 podiums to his name across the 31 races.

“Overall, I’m happy with how I went overall in the series. To finish third is cool,” said De Pasquale.

“I had some really good battles with Shane [van Gisbergen, Eseries champion] over the entire thing and we always seemed to be near each other.

“We had similar speed and we were both fast. We always seemed to qualify near each other and had a few run ins because we were so close.

“I had actually raced Oran Park in 2009 in karts, which was probably about a quarter of the main circuit.

“It was one of the cooler tracks for karting too, but obviously much different in a Supercar that is big and heavy with low grip.

“Bathurst was cool and we just missed out on another podium. I enjoyed the sim racing, but I can’t wait to get back to real life at SMSP in a few weeks.”

De Pasquale’s PIRTEK Enduro Cup co-driver Brodie Kostecki also had a strong outing as a wildcard starter, being the only driver to take podiums in both races.

The Virgin Australia Supercars Championship starts back on June 27-28 at Sydney Motorsport Park, while for Kostecki, the Dunlop Super2 Series resumes next month at Winton.