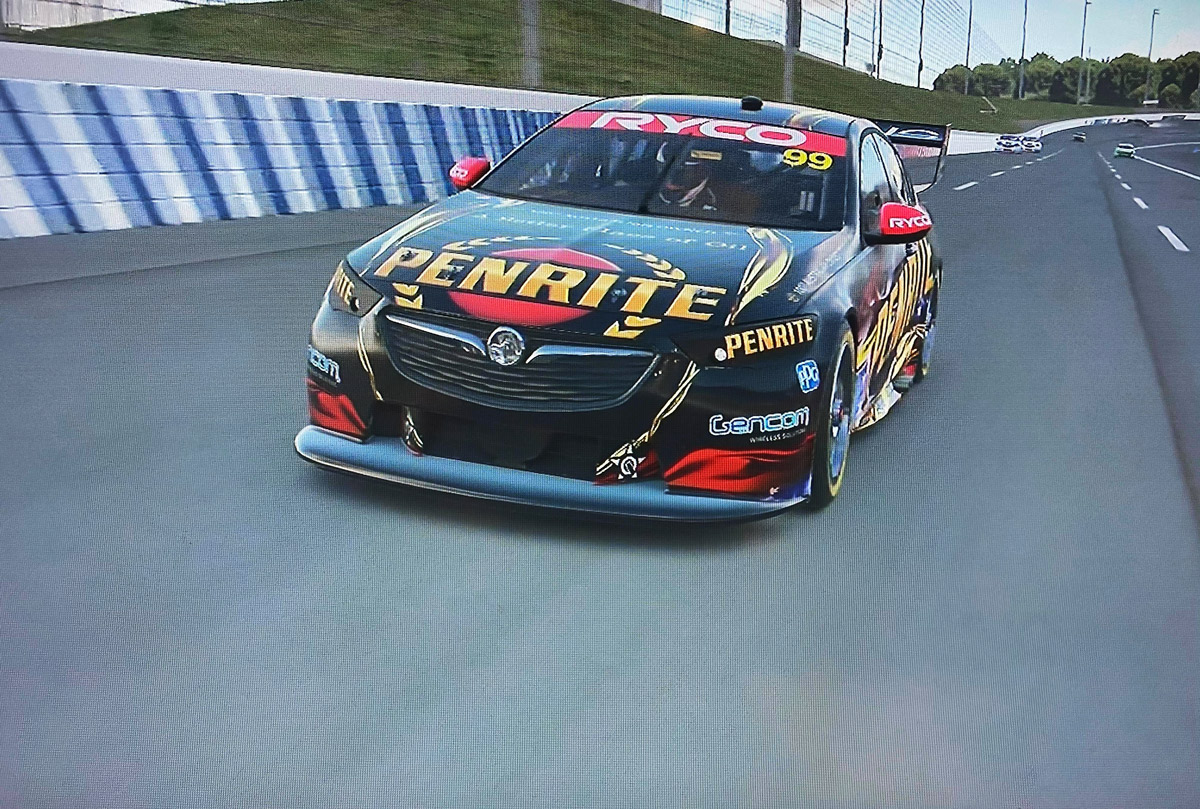 The 24-year old has been dominant in qualifying all Eseries and took his virtual to the top of the time sheets in the early laps with a time that was never beaten.

McLaren F1 star Lando Norris will start second in the opening race of the night, finishing 0.03 behind De Pasquale in qualifying. The best of the Fords was Supercheap Auto’s Jack Le Brocq who will start from third.

Current Eseries Coates Hire Leaderboard leader Scott McLaughlin will start from back in 20th after not finding a quick enough lap time in qualifying to stick with the front runners.

The qualifying session where the no damage button was turned on, was comical at times – Virgin Australia Supercars Championship rookie Jake Kostecki watched on as his virtual NTI Matt Stone Racing Commodore flew threw the air for a matter of seconds.

At one point more than half the field was stuck at pit exit as drivers tried to follow each other out to catch the slip stream and draft on the oval circuit.

Drivers will line up for the first race of the night at 7:15pm.

Anton De Pasquale  ›
Stay In The Know
Sign up to the Virgin Australia Supercars Championship Newsletter
We use cookies to ensure that we give you the best experience on our website. If you continue to use this site we will assume that you are happy with it.Ok