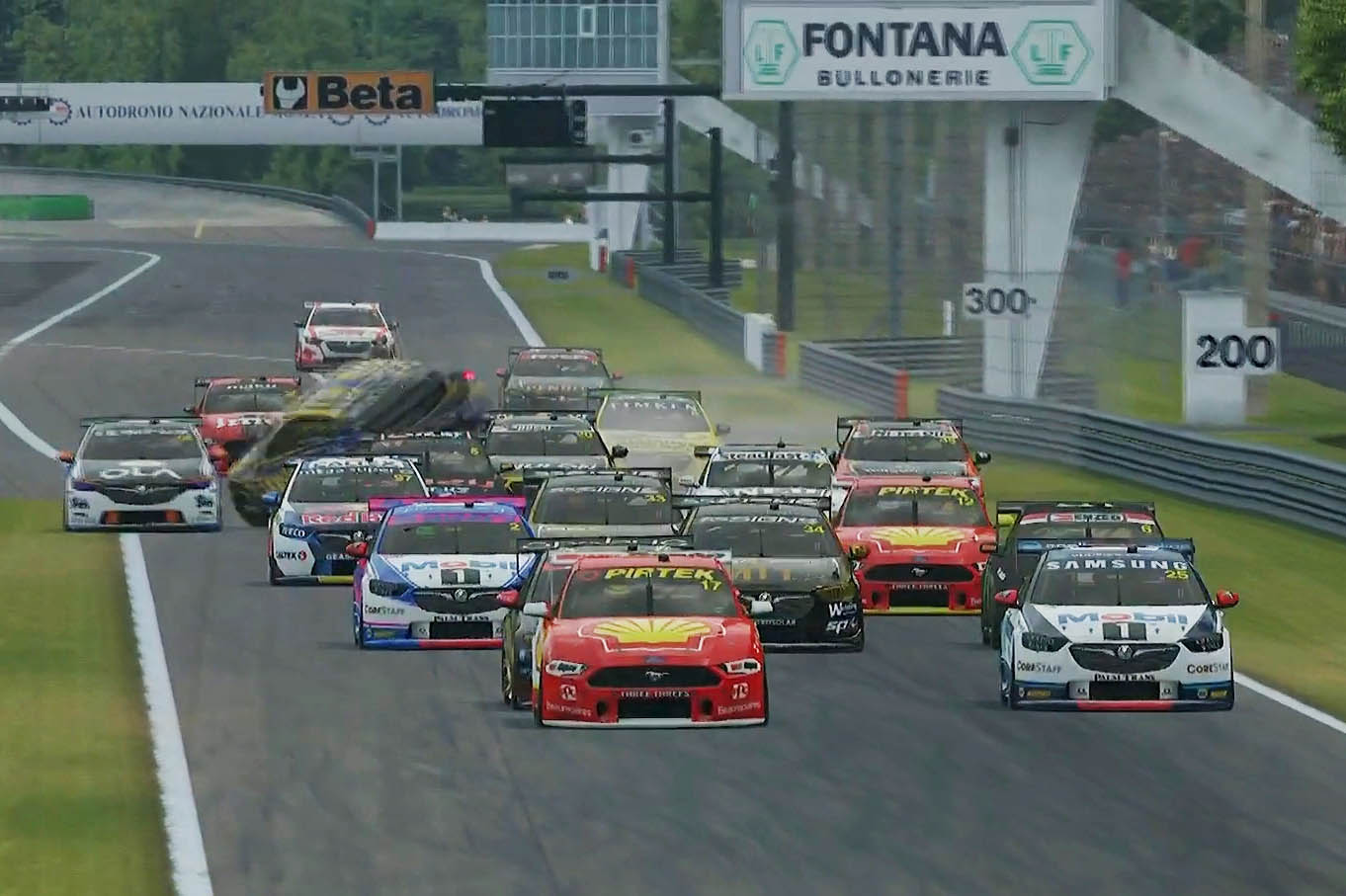 The full grid took on familiar colours for Round 1 of the BP Supercars All Stars Eseries but don’t be surprised to see teams mix things up in the coming rounds.

“We’ve told all of the teams that we’ve got the flexibility of changing it round-by-round,” Prendergast told Supercars.com.

“So it’s up to the creativity of the teams about what they want to do and I would like to think that they’re all going to use this as a chance to try things.

“We can quite easily change the livery on the car every single week within the game (although not as easy in GFX land), so they can come up with a whole list of cool retro stuff, modern futuristic stuff, comic book stuff.

“This is the beauty of this series, is that we can do these things and it’s not a huge expense, you don’t have to re-wrap the car every week.”

Tickford Racing team principal Tim Edwards also highlighted some joy of the low-cost virtual championship – although for a very different reason, following a chaotic first round.

“Constant action, good racing, big shunts, it was certainly different to what we’re used to, but it was beyond entertaining,” said Edwards.

“We have a lot of happy fans, and I’m happy too, especially knowing I don’t have to deal with a crash bill.”

Tickford’s fleet of drivers had a relatively successful opening night, with Cameron Waters second in the championship and Jack Le Brocq winning a dramatic reverse-grid race at Phillip Island.