A master of consistency throughout his 18-year Supercars career, Rick Kelly’s last two seasons have highlighted the ups and downs that come with motorsport.

In 2018, Kelly was one of the standout performers of the year, easily outperforming his teammates and snapping a seven-year absence from victory lane with a Winton win.

The following season would be filled with frustration as the Nissan Altima again struggled to keep up with its Ford and Holden rivals, and Kelly was unusually upstaged by teammate Andre Heimgartner.

Retirement questions even begun to surface but Kelly quashed those by signing on for another year in association with loyal sponsor Castrol.

His 19th season comes with a large degree of excitement as his Kelly Racing team shifts to the Mustang model that proved so successful in 2019, reinvigorating the Victorian.

Prior to starting Kelly Racing with older brother Todd, his career did not take long to take off.

After karting and Formula Ford, Kelly clinched the Australian Drivers Championship in Formula Holden in 2001 and made his Supercars debut in the same year for Kmart Racing.

Stepping into the Holden Young Lions program, Kelly was Rookie of the Year in 2002 and took over Todd's seat at Kmart Racing for the following season, culminating in his first Bathurst win.

He and Greg Murphy would in ’04 make it back-to-back triumphs at Mount Panorama before he switched to the HSV Dealer Team for ’05.

In 2006, his trademark consistency proved unbeatable.

Despite only winning one race all season, Kelly took the title in controversial circumstances after a last-race clash with Craig Lowndes at Phillip Island.

Kelly continued under the Walkinshaw Racing umbrella in 2007 and ’08 before Kelly Racing was formed.

In Holdens, he took three wins in 2011 for the team, which then welcomed Nissan to Supercars in '13.

While the Altima era was largely difficult, Kelly showed in 2018 he’s still a force to be reckoned with and is determined to bounce back to his best in the #15 Castrol Mustang. 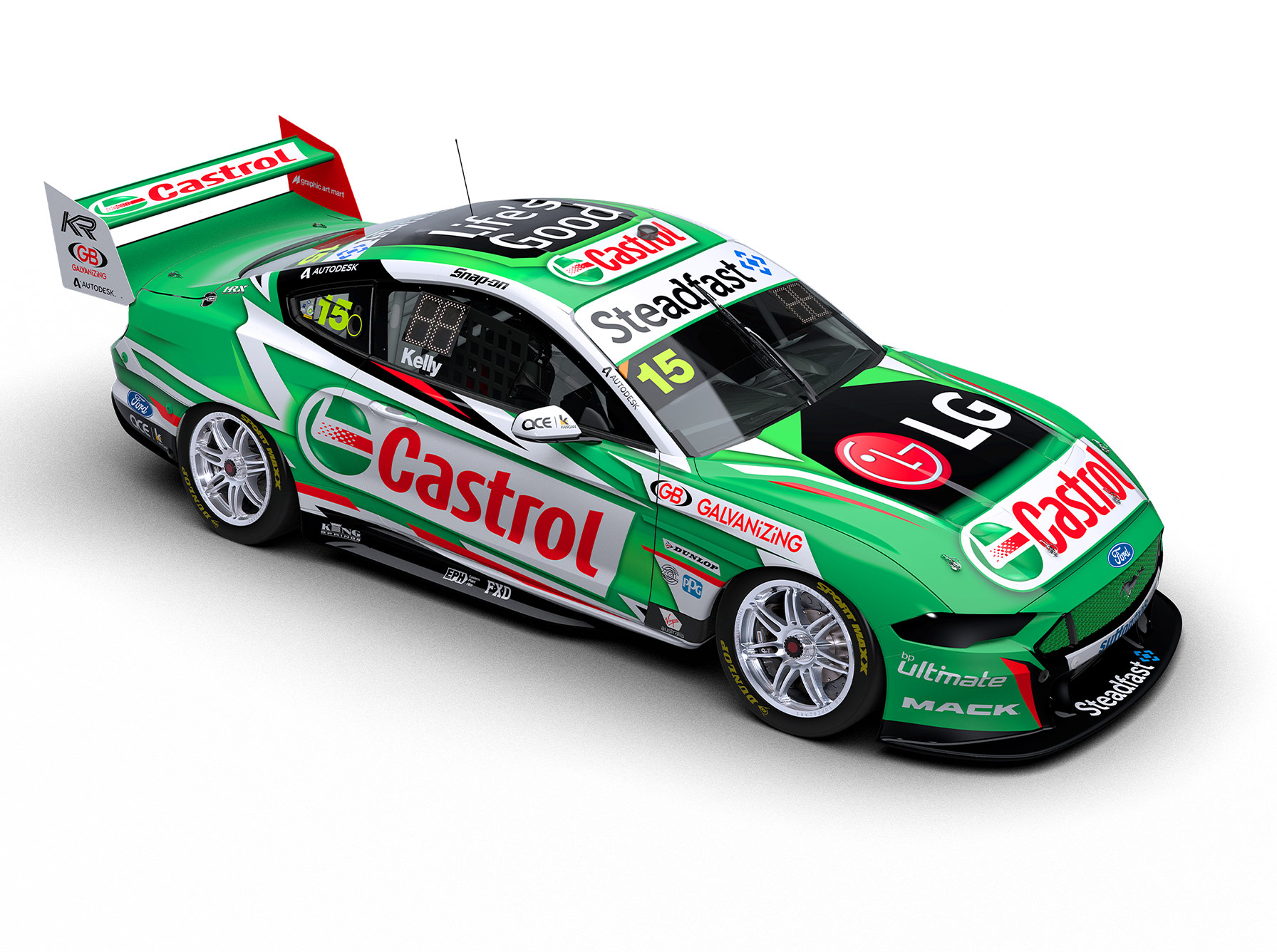 Kelly Racing steps into a new era this season, aligning themselves with a third different brand.