Born and bred in Albury, Matt Chahda continues to push towards making his Repco Supercars Championship debut via the Dunlop Super2 Series.

The second-generation racer is driving for his family-owned and run team.

Winning his very first competitive race in karting in 2007, Chahda cut his teeth in the V8 Touring Car Series for ex-Super2 Series cars, finishing fourth in the 2014 series and following in father Amin’s wheel tracks.

Amin was champion of the AMRC-run V8 Touring Car Challenge in the mid 2000s and raced AUSCARs on the Calder Park Thunderdome.

Chahda made his Super2 Series debut in Adelaide in 2015 driving a Commodore for Rsport Race Engineering but parted ways with the team soon after, instead electing to run under his family team banner to run an ex-Scott McLaughlin, Fujitsu SBR Falcon from the Winton round onwards.

He continued to race this car through the 2016 season, where he hit the headlines for involvement in a multi-car, first corner accident at Sandown.

Chahda aimed to progress into Supercars Championship in 2017 but wasn’t granted a Super Licence, so he returned to his family-operated Super2 Series team.

Chahda enjoyed his best season yet in 2019 aboard an ex-DJR Team Penske Ford Falcon FG X, claiming his first top 10 round finish at Bathurst and was on track to claim a career-best seventh in the final race at Newcastle until he was taken out in the closing stages. 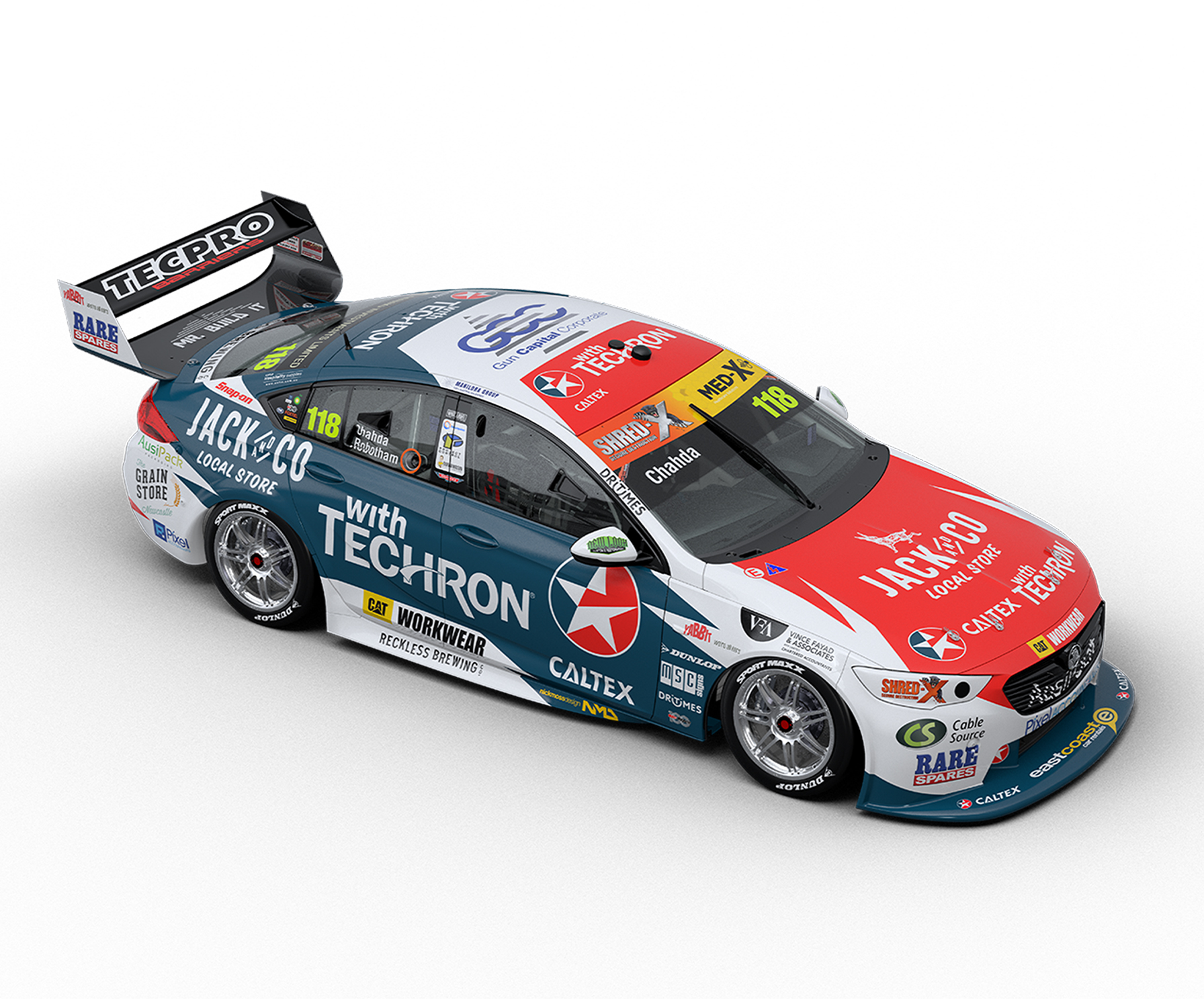 The Matt Chahda Motorsport wildcard looms as the little engine that could.